Briefly about two important battles in Syria, which is maybe a little less important for the future of Syria than the battle for Aleppo, but nevertheless have a great influence on the course of the Syrian war. 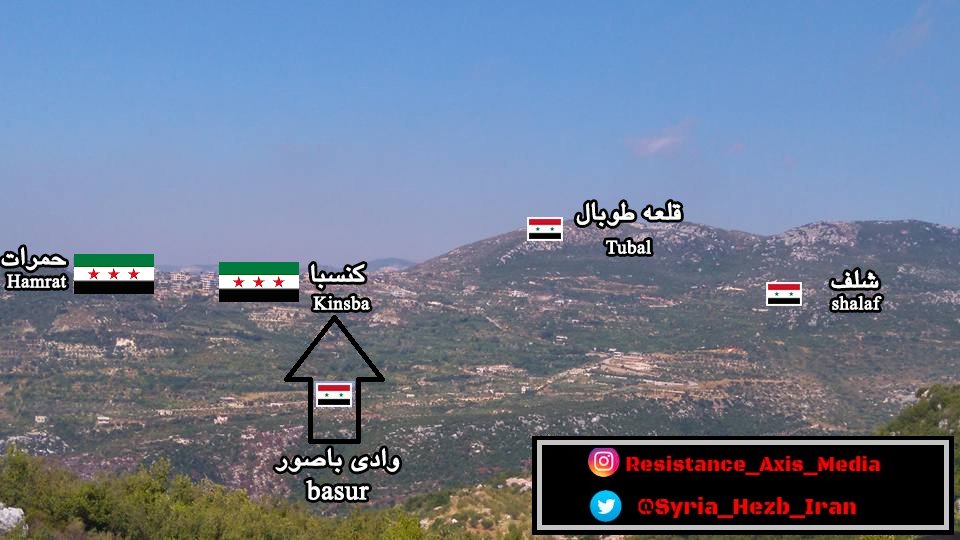 The Syrian army launched an assault of Kinsba (some part of the settlement is already in the hands of the SAA). In recent days the Syrians gradually covered the village, increasing his attack and preparing for the assault.

The village is of a significant importance for the situation in Northern Latakia, and was lost a few months ago during the onset of the “green”. Almost immediately after the loss of SAA has announced a counteroffensive with the purpose of his return, but only now it came to the assault. If successful, the SAA will be able to continue active operations in Northern Latakia, with the aim of access to the Syrian-Turkish border and acronyms for the militant possibilities to supply from Turkey. 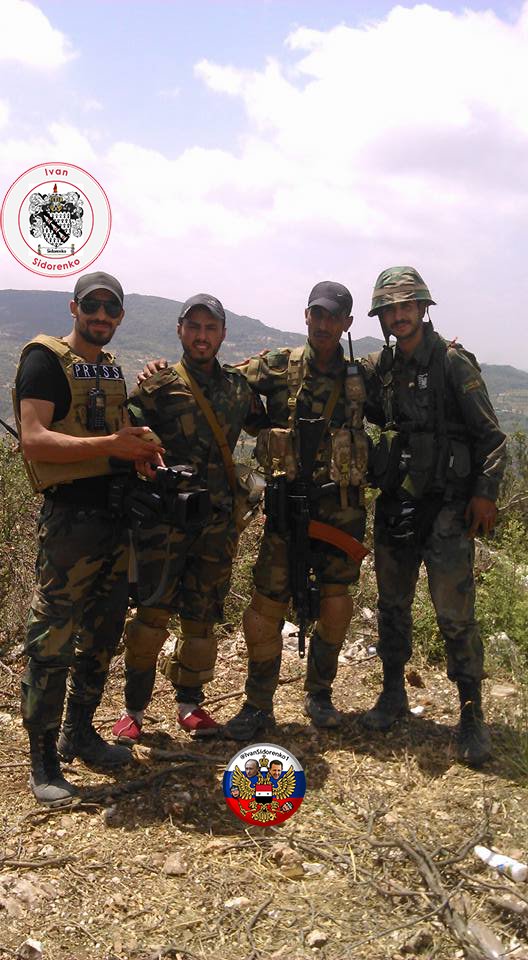 The Syrian infantry at the height of the Tubal.

According to the SAA in this explosion killed or wounded more than 50 militants.

Another positive for the Syrians:

1. The army in the last 2 days have made significant progress in Darayya, a ring around which gradually shrinks. It is worth remembering that all these boilers and enclaves away from the SAA, a significant number of forces, therefore their reduction/elimination allows the use of these forces on more important areas. The same applies to areas where there is a truce that allows you to take out some troops and throw them on the hot areas. However, the militants are doing the same.

2. Reflected attacks of the Caliphate in Deir ez-Zor. The loss of the “black” in recent days there amounted to more than 120 killed. The army lost about 20-25 people were killed. However, the Caliphate does not leave attempts to crush the enclave in Deir ez-Zor, although if you figure out he’s in the last year consumed a huge amount of resources “black”.

Despite the triumphant reports about the complete capture Manbij (remember the premature reports about the liberation of Ramadi), the resistance of the Caliphate in Central areas of the city still failed and the fighting continues.

The Kurds control more than 90% of the city, but full control it is not yet established. 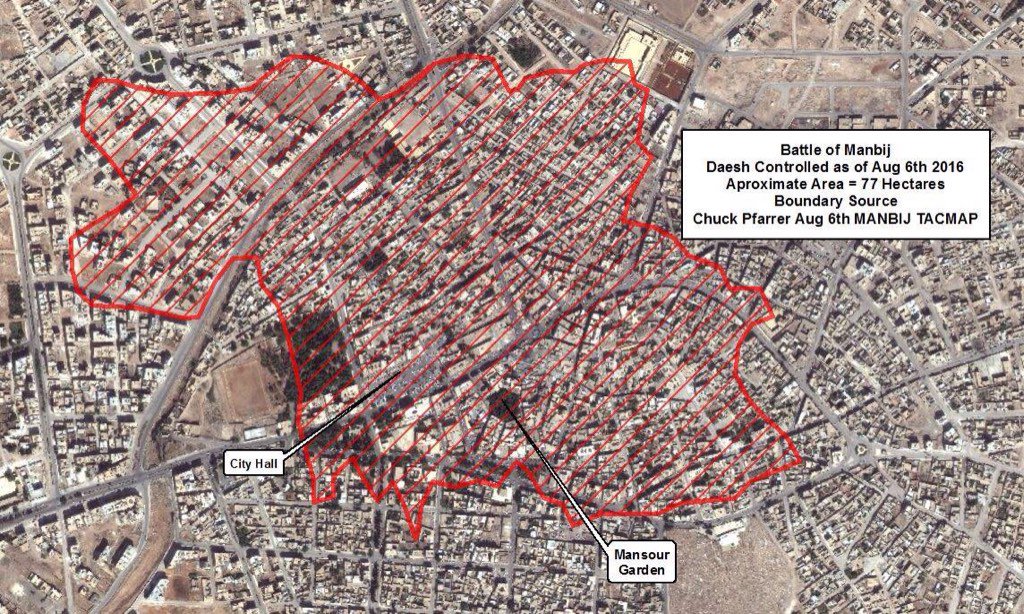 The militants had virtually run out of ammunition for heavy weapons, most likely there are problems with the food (the city is already more than 2 months in the siege). Kept mostly by snipers, mines and pockets of resistance in residential areas, which are gradually ground with heavy weapons, or trite destroyed by the blows of the American aircraft (which leads in particular to a large number of dead civilians that remain in the districts controlled by militants and that airstrikes are applied). All this makes a final defeat fighters a matter of time, although it should be noted that they were able to hold out against the superior enemy in almost two months, further confirming the stability of the Caliphate infantry in defensive battles. The Kurds from their side acted more carefully and not allow such losses suffered by the Iraqi army during the assault on Fallujah.

But this is agony, which doesn’t change the end result about 2 months of active fighting, the Kurds, with the support of the US air force and NATO, as well as special forces units of the United States and several other countries, seized the largest Outpost of the Caliphate in Northern Syria (in fact it is the biggest victory of the Kurds after the occupation of al-Shadadi in the southern province of Hasaka), which brings the point of connection of the Kurdish enclave in Afrin with the main Kurdish areas, although Erdogan is likely to be against it, and tries to maintain control over the enclave Azaz Mare make connection to the Kurdish territories in Northern Syria that in turn will provoke further tension in the relations between Turkey and the USA.

Online-stream the fighting near Aleppo will start in 3 hours.