Hello, you are watching the program “Directive Dugin”.

We are located in Ankara. Turkey now a state of emergency, it took only two weeks from the day of the coup attempt and, of course, Turkey now living these dramatic events, and, most importantly, the coup, which was avoided.

It is significant that the Turkish society during these two weeks has changed dramatically. More recently, Europe, the West, NATO was considered as partners. Maybe unreliable, maybe using Turkey for their own interests, may not be good partners and bad a guarantor of security, but nevertheless it was our own.

In Turkey today, no one doubts that the attempted coup were the US and NATO structures, on the role of an American Campbell in the coup written all Turkish Newspapers. That in a revolution the Americans have allocated $ 2 billion and that it was attended by over 80 employees of the CIA, in Turkey, everyone knows. And after this stab in the back – as the Turks see it – of course, the attitude to the West changed radically. Those who were supporters of integration with Europe, with NATO and with the United States, have now become opponents of this course.

And what remains of Turkey? How can she solve the complex geopolitical problem?

So what to do now? How is Turkey to deal with this difficult situation?

Of course, the gaze is drawn immediately to the East – to Russia, to Iran, to China, to those who have recently considered a rival if not enemy of Turkey. And it is no coincidence that today, Friday, on the eve of the historic summit between Russia and Turkey before the meeting of Recep Tayyip Erdogan and Vladimir Putin in St. Petersburg, which will take place on 9 August, in Ankara, in the same hotel, where we arrived the President of Kazakhstan Nursultan Nazarbayev for the meeting with the President of Turkey. August 8, Monday, Baku will host the meeting of the presidents of Russia, Azerbaijan and Iran.All of this suggests that the Eastern-Islamic countries, the Turkic States, Turkey and Azerbaijan, and Russia the great – everything we are preparing for significant changes in the overall strategic architecture of the balance of power in the middle East. Talking about Erdogan and Nazarbayev, with his old friend and ally? Of course, the turn to Russia, the Eurasian Union, because Nursultan Nazarbayev is one of the strongest supporters of the Union. What they say the President of Russia, President Ilham Aliyev and Iranian President in Baku on the eve of the meeting of Putin and Erdogan in St. Petersburg?About the same – the balance of the forces of the turn towards a multipolar world and the new Eurasian stage of Turkish politics, as well as the participation of other regional great powers in this process. Everything came to a standstill. The Atlanticists have tried to carry out a coup. It did not happen. Their role is obvious. Today in Turkey, everyone understands that America is the enemy and Russia is perhaps the main one, new and ancient at the same time, because repeatedly we Turks were not only on opposite sides, but together.And whenever we worked together, it resulted in a huge success, and especially for Turks.

Today people are frantically reading the pages of historical books, Chronicles, remember the past – Kemal Ataturk, Ottoman Empire, Russian fleet in Istanbul, which did not allow the Egyptian Sultan Ali Pasha to commit anti-Ottoman revolution, and analyze these pages in order not just to meet interesting interesting facts of history, and to create a picture of the future.

We stand on the threshold of a very fundamental change. Turkey may withdraw from NATO. Turkey does not believe neither the US nor the West, and how to believe them when they manifest and clear, almost not hiding it, was behind the coup attempt? Who after this will they believe? They had to guarantee the security of Turkey, and became the main source of danger. But will Russia be able to become a new partner for Turkey? Will Erdogan all the necessary conclusions from this situation?Will he be consistent in his emerging Eurasian bend, in turning to Russia and other countries of Eurasia? This certainly we can not say, but just talking about it all of Turkish society, the common people, say those high-ranking political figures, whom we meet in Ankara.

Turkey froze. Something has to happen.

Whatever it was, nothing would stay in Turkey as it was before the coup. Something is going to happen. I hope that the Turkish leadership will make the right decision to turn to the West and the face to us, to Russia. God Forbid. 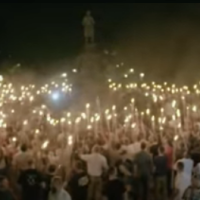 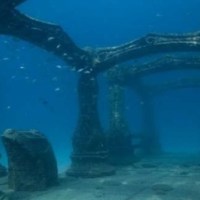 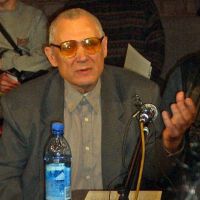 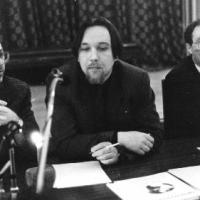