A Turkish lawyer filed a criminal complaint alleging that three U.S. defense officials — Chairman of the Joint Chiefs of Staff Gen. Joseph Dunford, CENTCOM Commander Gen. Joseph Votel, and National Intelligence Director James Clapper — were involved in the failed July 15 coup attempt in Turkey. The complaint claims that U.S. officials conspired with and supported the coup plotters at Incirlik airbase, where fighter jets that supported the coup were based. The complaint will now proceed to Turkish prosecutors who will decide whether or not to take further action. Conspiracy theories about U.S. involvement in the coup have been reported in Turkish media and are widely believed among the Turkish public

Conspiracy theories over foreign involvement have been fuelled by Turkish media, with some claiming Mr Gulen is a member of the NATO secret army. Operation Gladio was the codename for a clandestine NATO operation in Italy during the Cold War to prepare for and carry out armed resistance there in the event of a Warsaw Pact invasion and conquest. Turkish journalist Ozcan Tikit wrote in Turkish newspaper Habertürk: “If one wants to again create relationship of trust with the Western institutions, Gladio in Turkey must be eliminated as it already was in several Western countries.”

Turkish authorities were able to trace thousands of people they accuse of participating in an underground network linked to last month’s failed military coup by cracking the weak security features of a little-known smartphone messaging app.

Security experts who looked at the app, known as ByLock, at the request of Reuters said it appeared to be the work of amateur software developers and had left important information about its users unencrypted.

A senior Turkish official said Turkish intelligence cracked the app earlier this year and was able to use it to trace tens of thousands of members of a religious movement the government blames for last month’s failed coup.

Members of the group stopped using the app several months ago after realising it had been compromised, but it still made it easier to swiftly purge tens of thousands of teachers, police, soldiers and justice officials in the wake of the

U.S. has provided at least $2 billion for all the expenses. The funds coming via African banks were distributed by Campbell. In exchange for help the putschists promised to allow the United States to open a new military base on the Turkish-Syrian border, equipped with the latest technology. Also among the agreements was increasing the economic and military pressure on Russia, which would seriously change the balance of power in the region.

In a combative speech at his palace in Ankara, Erdogan said on Tuesday charter schools in the United States were the main source of income for the network of US-based businessman Fethullah Gulen, who he says masterminded the bloody July 15 putsch.

“I’m calling on the United States: what kind of strategic partners are we that you can still host someone whose extradition I have asked for?” Erdogan said in a speech to local representatives of multinational firms operating in Turkey.

“This coup attempt has actors inside Turkey, but its script was written outside. Unfortunately the West is supporting terrorism and stands by coup plotters,” he said in comments which were met with applause, and broadcast live.

The same coup participants stationed at the Turkish Air Force,  were the most NATO-integrated structures of the Turkish Military, and this gave to the observers the first evidence of NATO involvement in the military putsch. The Incirlik Air Base, where the US military was based was used by the putschists to launch air strikes on the Turkish parliament. The base is jointly used by the US and Turkish Air Forces. After the coup attempt, it was suppressed by the Turkish commander of the base. General Bekir Ercan Van was arrested by the troops loyal to Erdogan. General Van sought asylum from the United States but was denied. In the aftermath of the coup, external electrical power from Turkey was cut to the base and a Turkish no fly order had been put into effect for US military aircraft in the area. On July 30th the base was blocked by Turkish troops on information about a second coup attempt.

Turkey will soon complete an overhaul of its intelligence agency and make new appointments to its gendarmerie as it tries to rid its security apparatus of the followers of a U.S.-based cleric blamed for an attempted coup, officials said on Wednesday.

President Tayyip Erdogan said new appointments in the gendarmerie, responsible for security in rural areas and key in the fight against Kurdish militants, would come within 48 hours. Interior Minister Efkan Ala said work on restructuring the MIT intelligence agency was ongoing and “should not take too long”.

More than 60,000 people in the military, judiciary, civil service and education have been detained, suspended or placed under investigation following the July 15 coup attempt, prompting fears among Western allies and rights groups that Erdogan is using the events to crack down on dissent. 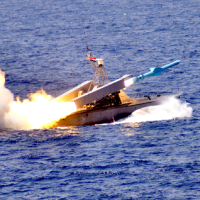 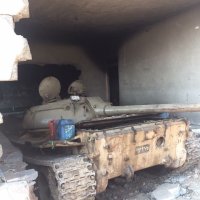 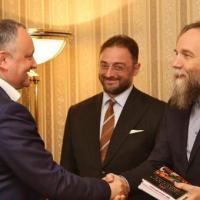