Regarding yesterday Caliphate downed helicopter near Palmyra. During the day was very contradictory information.

The Caliphate declared that was shot down by ground fire Russian helicopter Mi-24.

The defense Ministry said that all Russian helicopters returned to base.

Later, Syrian sources said was shot down by Syrian Mi-24.

Finally today, Lenta reported that was shot down by Russian Ми24/35 and killed two pilots.

Finally this evening the defense Ministry announced that was shot down a Syrian Mi-25, which is supplied from Russia and there is really killed 2 members of the crew.

July 8, 2016, the Russian military pilots-instructors Rafaqat Khabibulin and Evgeny Dolgin overflew Syrian Mi-25 (export version of the Mi-24) with ammunition in HOMS province. In this period of time East Palmyra a large group of DAESH militants attacked the positions of Syrian troops and broke through the defense, were advancing rapidly deep into the region, threatening the capture of the dominating heights, — stated in the message of military Department.— Having spent ammunition, when turning in the opposite direction, by ground fire, the helicopter was shot down by terrorists and crashed in an area controlled by the Syrian government army. The crew of the helicopter died.

Specify that the helicopter was shot down by the waste of the TOW http://www.interfax.ru/world/517728

Peace to the ashes of the dead.

Fighting to the North of Palmyra, and near the oil field of al-Shaer continue.

Fighting in the al-Shaer, where for the last 4 days of the Caliphate have pushed the SAA and took trophies. 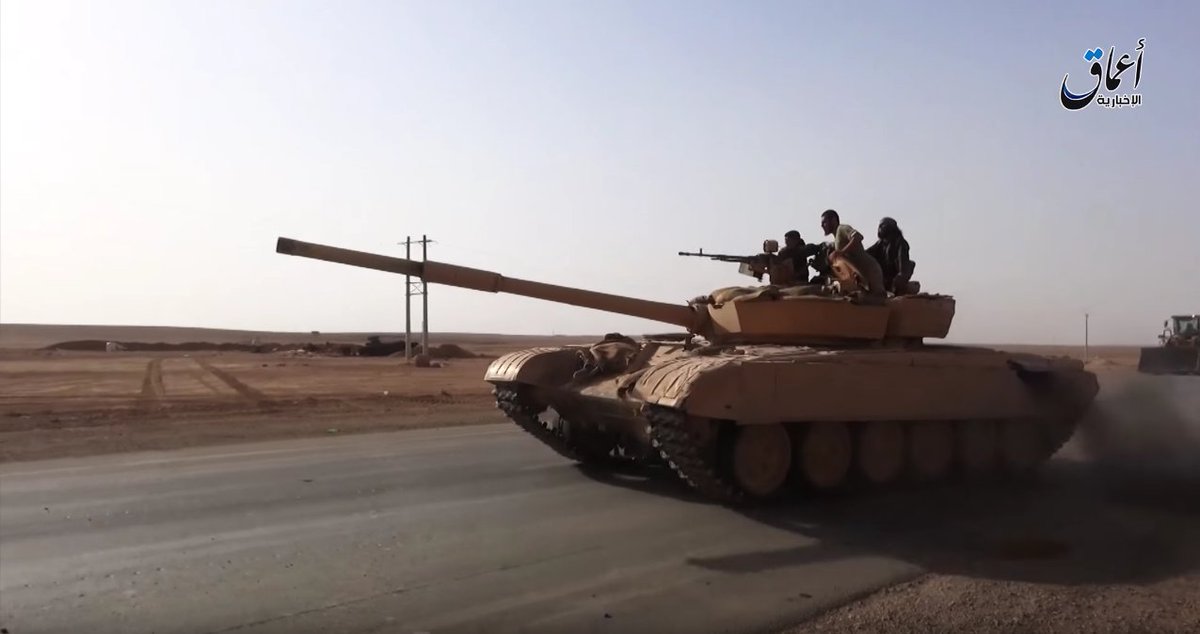 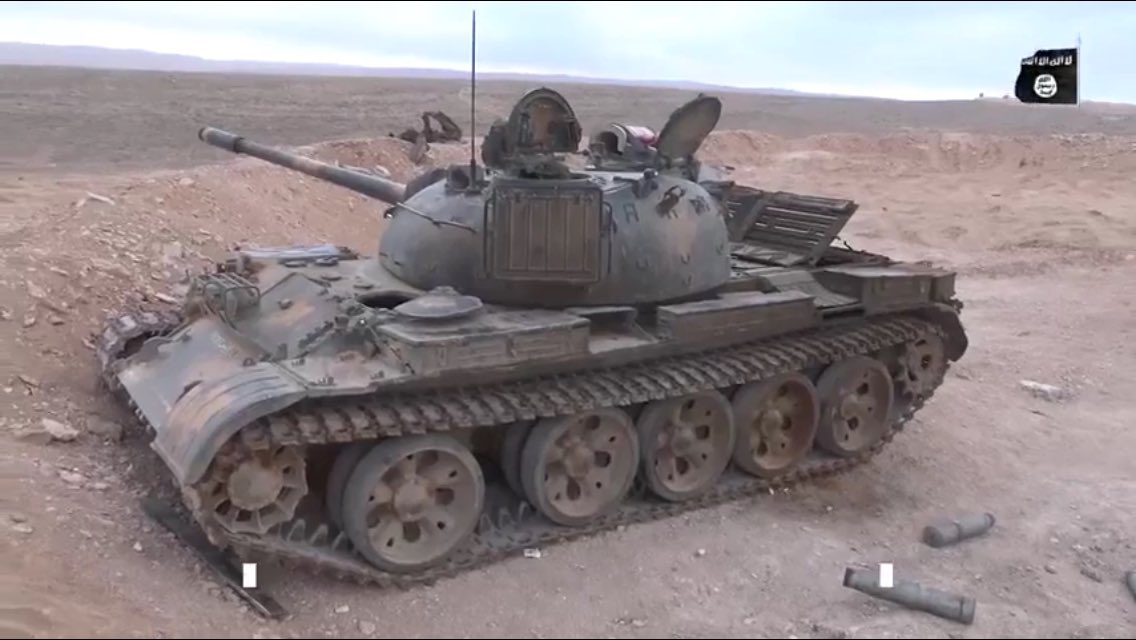 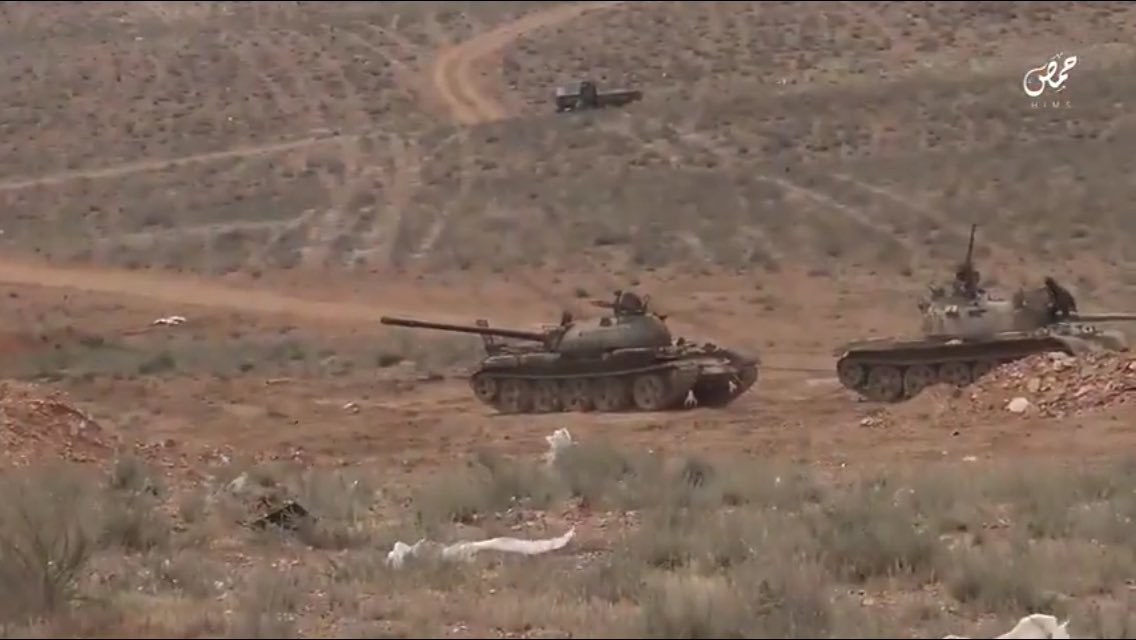 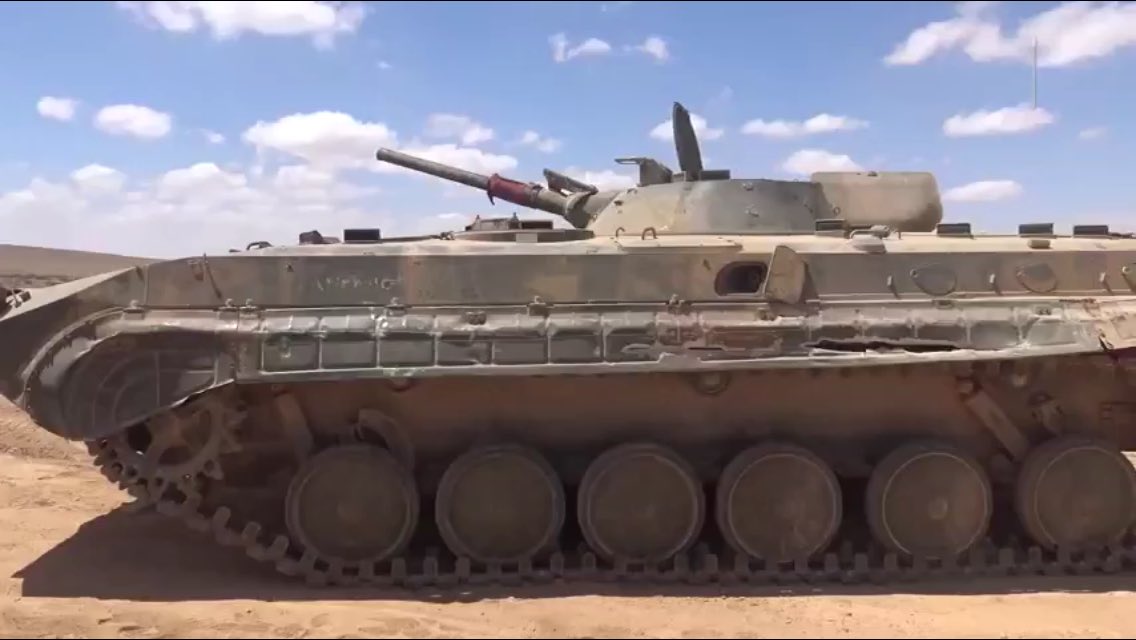 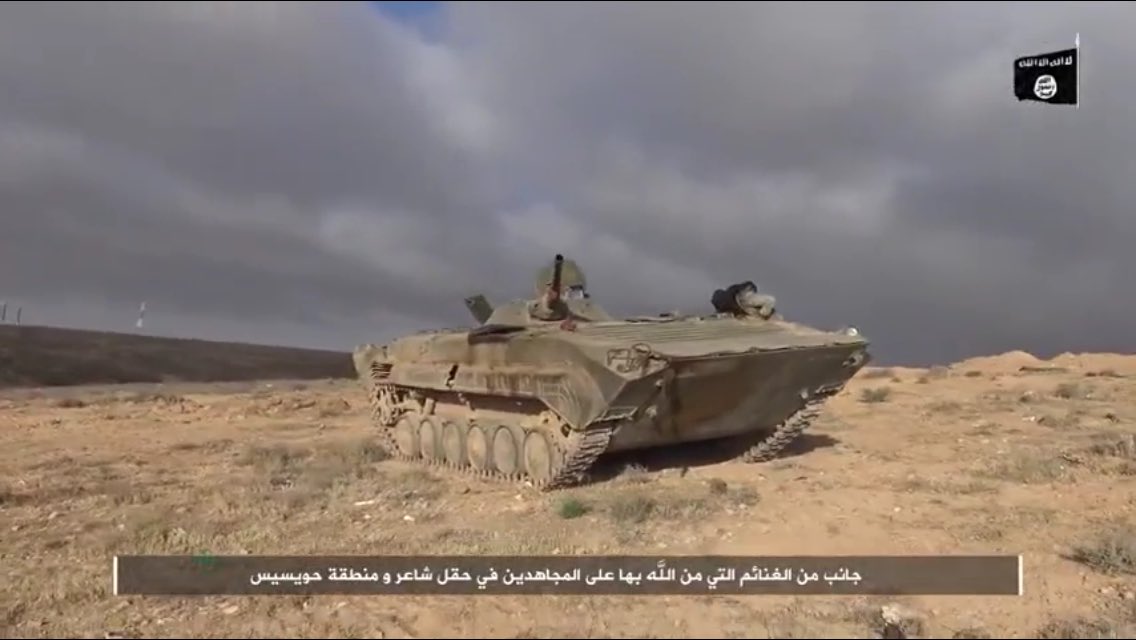 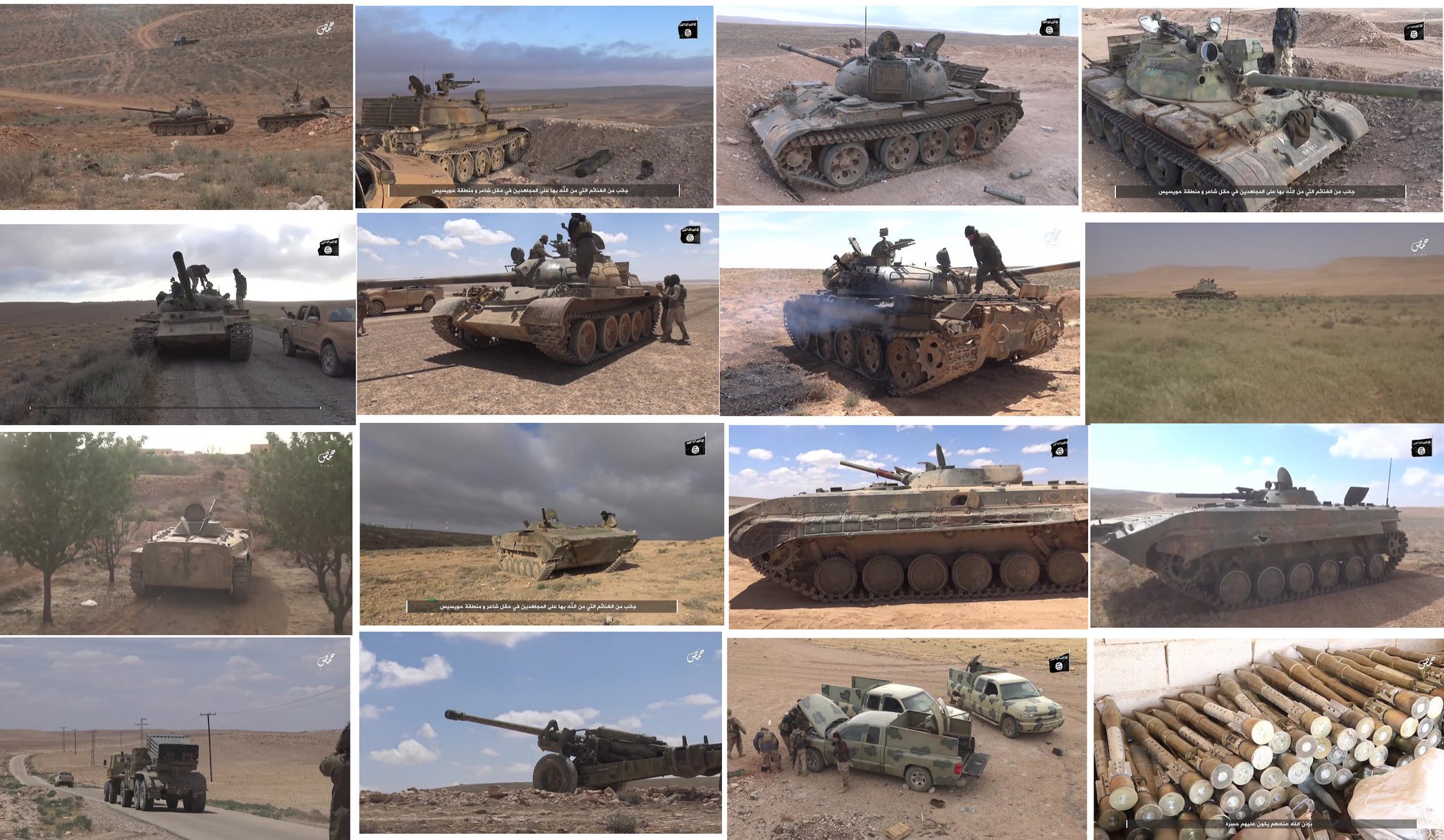 For loss Mat.parts, it turns out, even more than in Tabqa, where “black” has captured only 2 tanks

Today, the SAA have pushed the “black” Shaer, as well as intensified operations to the North of HOMS in the South of the boiler. Also today, the achieved tactical successes to the East of Damascus where SAA has pressed the “green” and liberated the village. Physically the road from Castello to block until it comes out. The fighting continued in the area South of the Mull farm. However, the impact of fire on the road (the destruction of the truck fighters https://twitter.com/IvanSidorenko1/status/751520497247084544) forcing fighters to take all new attacks to protect the key route to which from the standpoint of the SAA approximately 400-600 metres.

The fighting near Aleppo.

Well, July 8, SAA launched an active offensive in Northern Latakia. The operation called “Mountain storm”, the Militants suffered quite heavy losses and SAA recaptured one village West of Kissably. From the Syrian side judging by the photos and messages, too, losses are significant. 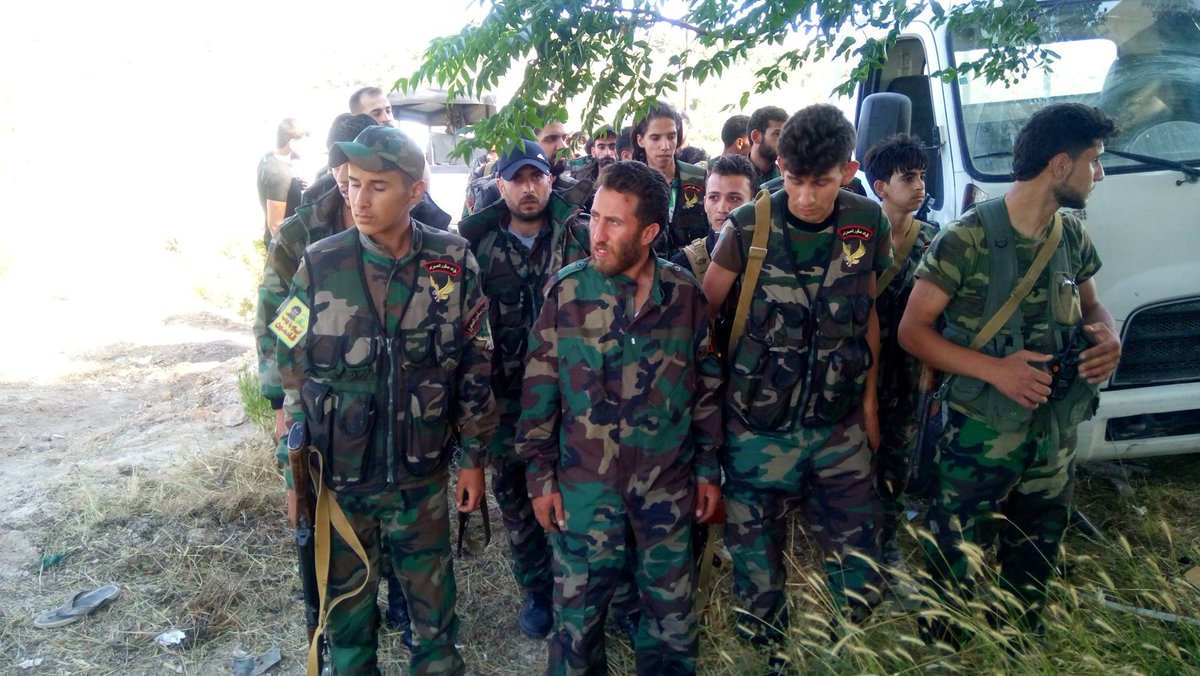 Killed a commander of the jihadists.

It is also worth noting that during the fighting at Deir ez-Zor were killed 2 of the Emir of the Caliphate.

And all of a sudden about football. In the capital of the Caliphate of raqqa publicly beheaded http://www.dailymail.co.uk/news/article-3680512/ISIS barbarians-behead-four-popular-footballers-Syria-accusing-spying-Kurdish-rebels.html four players who have been accused of anti-Islamic behavior and spying on the Kurds. This is not in Monte Carlo champagne to whip.

“The truce in Syria as already mentioned is a very peculiar character.”