After almost a month after the start of the storming of Fallujah (operation began on 22 may this year http://colonelcassad.livejournal.com/2762953.html), the advanced units of the Iraqi army and security forces broke through to the main administrative building of Fallujah and hoisted the Iraqi flag. Some media in the heat of battle even managed to announce it was the capture of Fallujah, when in fact, most of the city still under the control of the Caliphate, which was not going to stop its resistance. Premature reports of the Iraqi leadership was observed during the assault on Ramadi, which the news was taken at the end of December 2015, but the fighting which lasted until the beginning of spring.

The army last week stubbornly clawed the defense of “black” in a residential building breaking in the city centre. Today it is possible to note clear progress in this direction, which largely pays for losses incurred, which the Iraqis have almost tenfold superiority over Caliphate in the Fallujah area, it can not afford (the balance of forces there are about 18-20 million versus 1.5-2.5 thousand, not to mention the superiority in tanks, armored combat vehicles, artillery, aircraft, etc.).The defense of “black” in the living quarters was through a conglomerate of various forces, mostly trained and armed in the USA. Various irregulars and militias are mainly used for compressing the ring around the city, as such parts are ill-prepared for street fighting. The city previously looked shaped Razvalka after two assaults the days of the American occupation, and after months of fighting, shelling and bombing he continued to fit into some of the local Stalingrad, which over the last 11 years storm for the 4th time.

It should also be noted that there have been multiple reports that the civilians of Fallujah, a Sunni creed are beaten and even tortured http://www.aljazeera.com/news/2016/06/iraq-civilians-recall-days-hell-militia-160616060343081.html (for reference, descriptions of torture and abuse), when passing through the zone of action of the Shiite irregular militia that exposes the nerve of a religious Shiite-Sunni conflict, which is played by the radicals on both sides. As a result, people who have long been forced to live under the yoke of the Caliphate, where publicly executed people for the slightest infraction, now harassed and on the other side, which emphasizes very barbaric level of warfare on both sides.When these people were freed from the tyranny of Saddam Hussein,” of course they like the consequences of “freedom and democracy” is not told. In General, civil now in Fallujah is not particularly envied.

On the other hand, it is worth remembering that some “blacks” are trying to leave Fallujah dressed in civilian clothes along with travelling out of the city by refugees.
The reduction of the information flow from Fallujah from the Caliphate indicates the growing distress of the garrison of the city, a serious loss, the elements of disorganization of command and control, loss of command, all this is a harbinger of that in the foreseeable future, the resistance of “black” would be broken. It is highly likely that already in July, prior to the end of the month I think they still hold.Around July, when the U.S. will be officially nominated Clinton as the democratic candidate, will try to declare success in the fight against the Caliphate, where instead of Raqqa and Mosul will try to pass the victory at Falluja and possibly Managem. 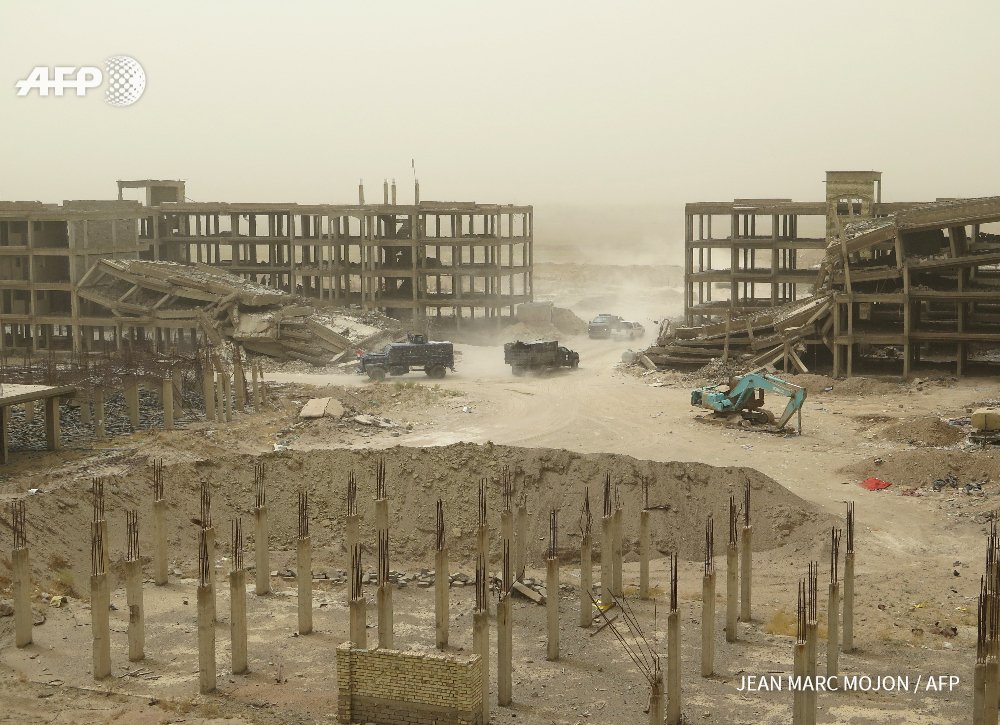 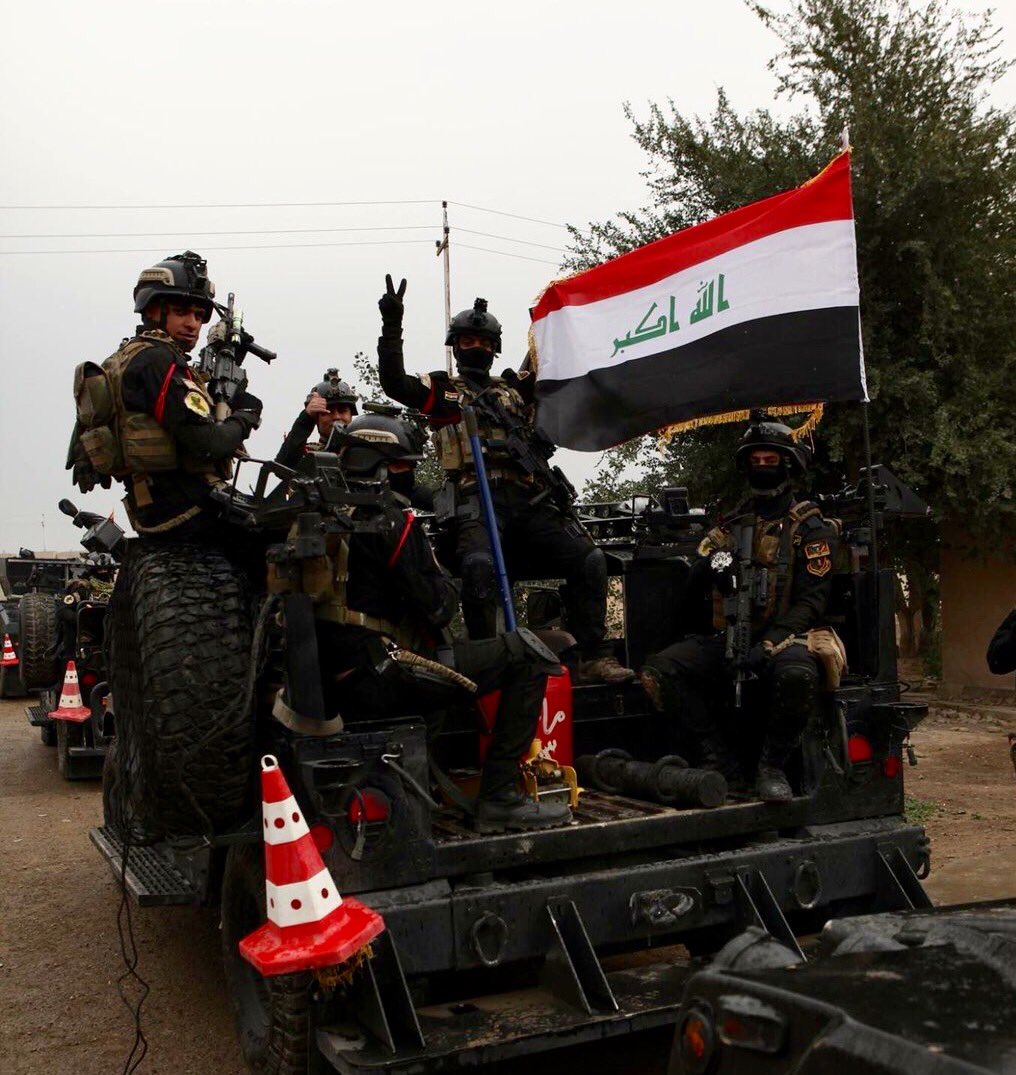 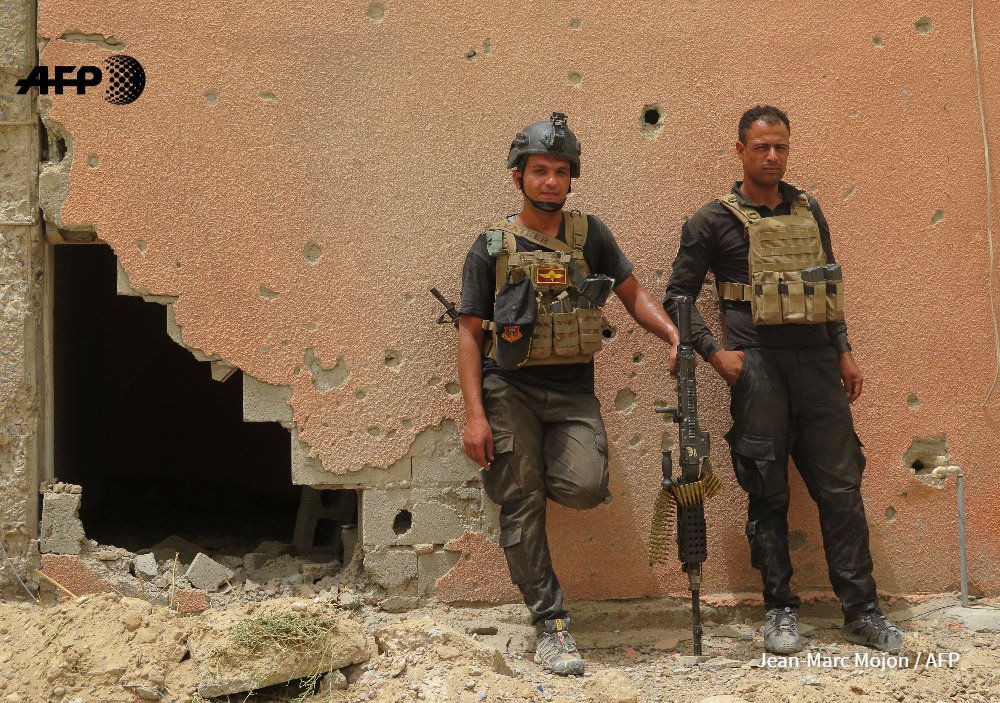 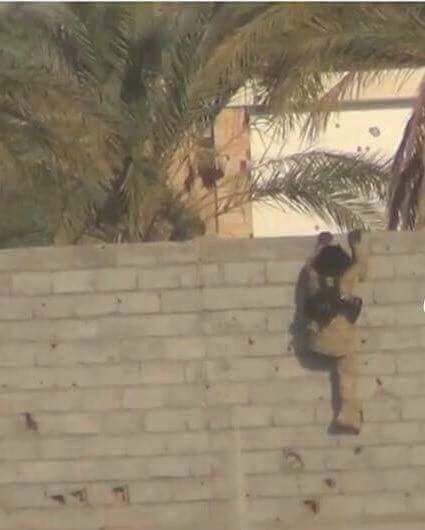 Alifatic tries to escape over the fence. 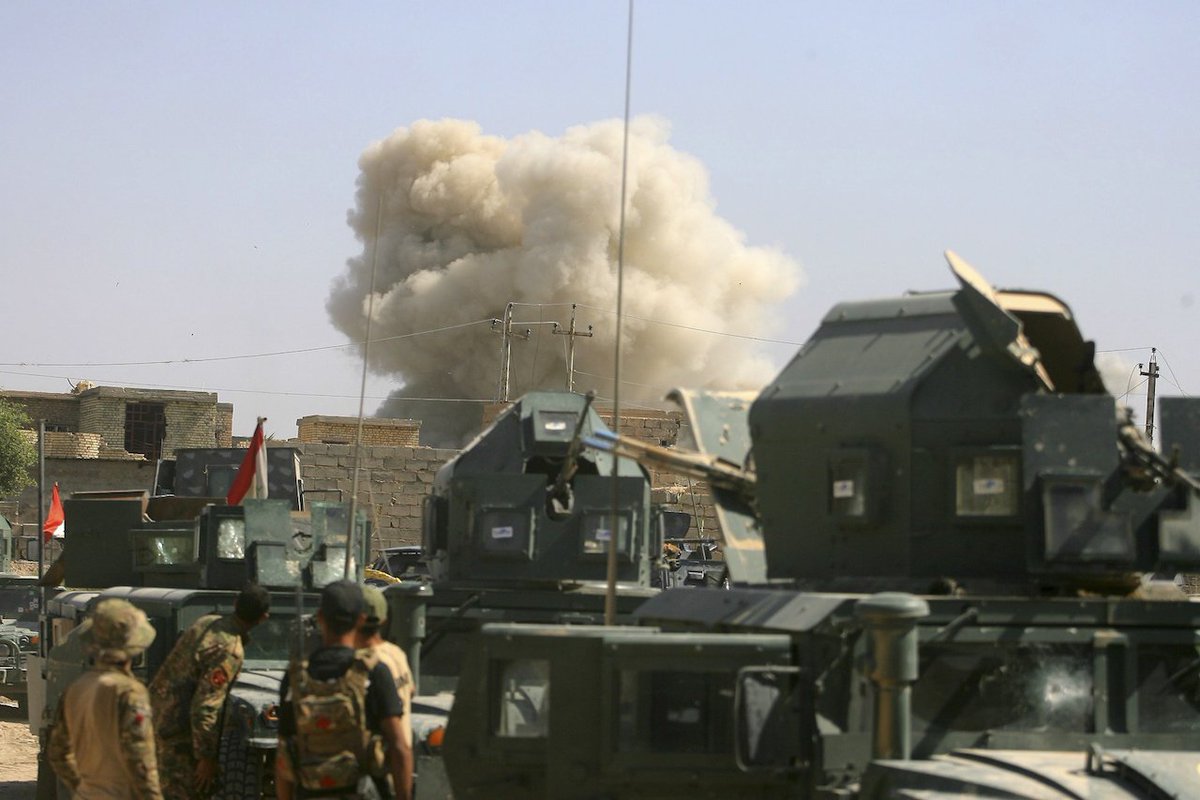 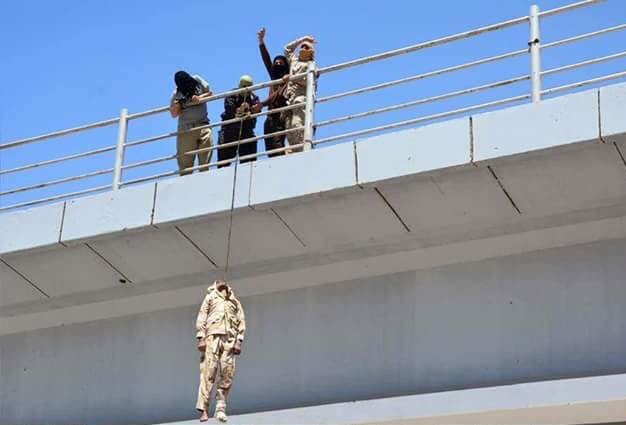 Famous story of hanging a soldier on the bridge in the fall of 2015. Now the place of execution of Mustafa al-Atari in Fallujah occupied by Iraqi troops. 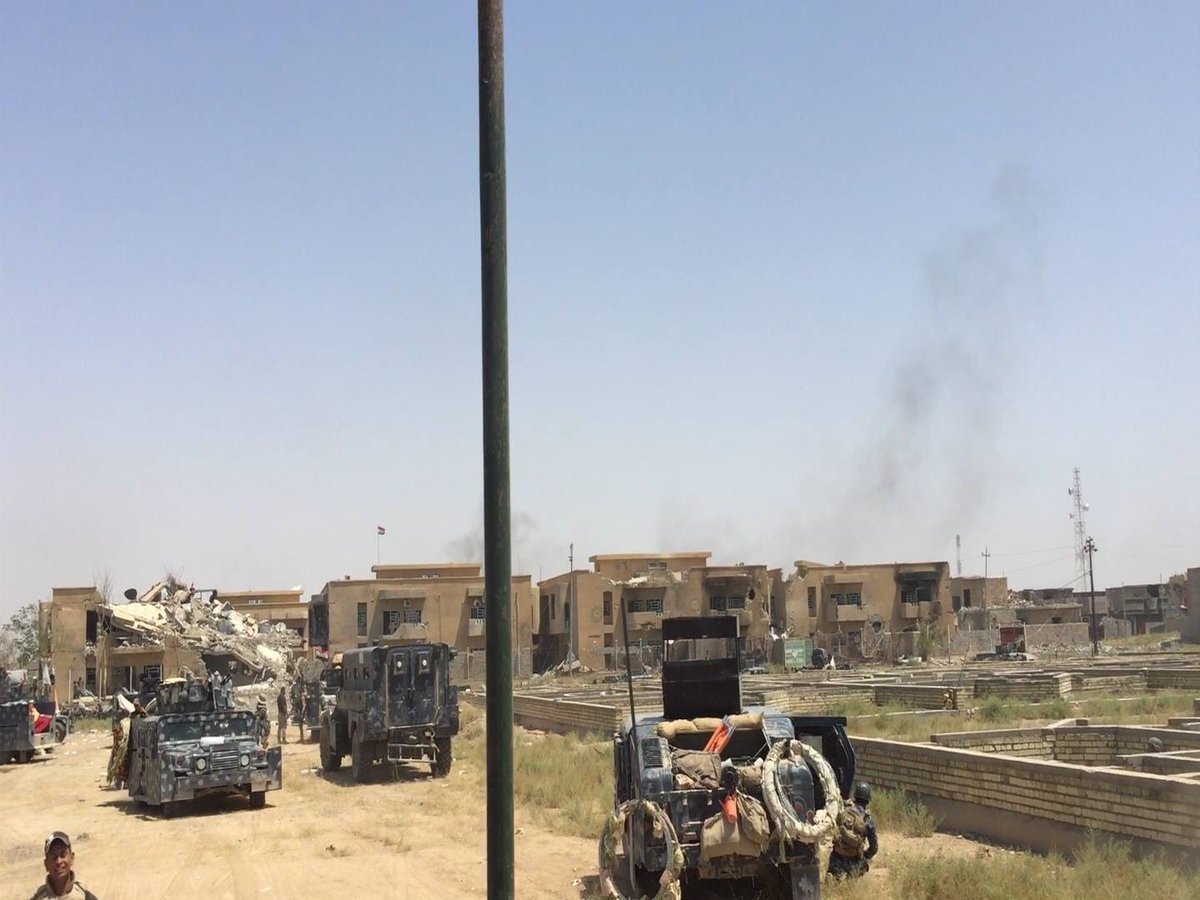 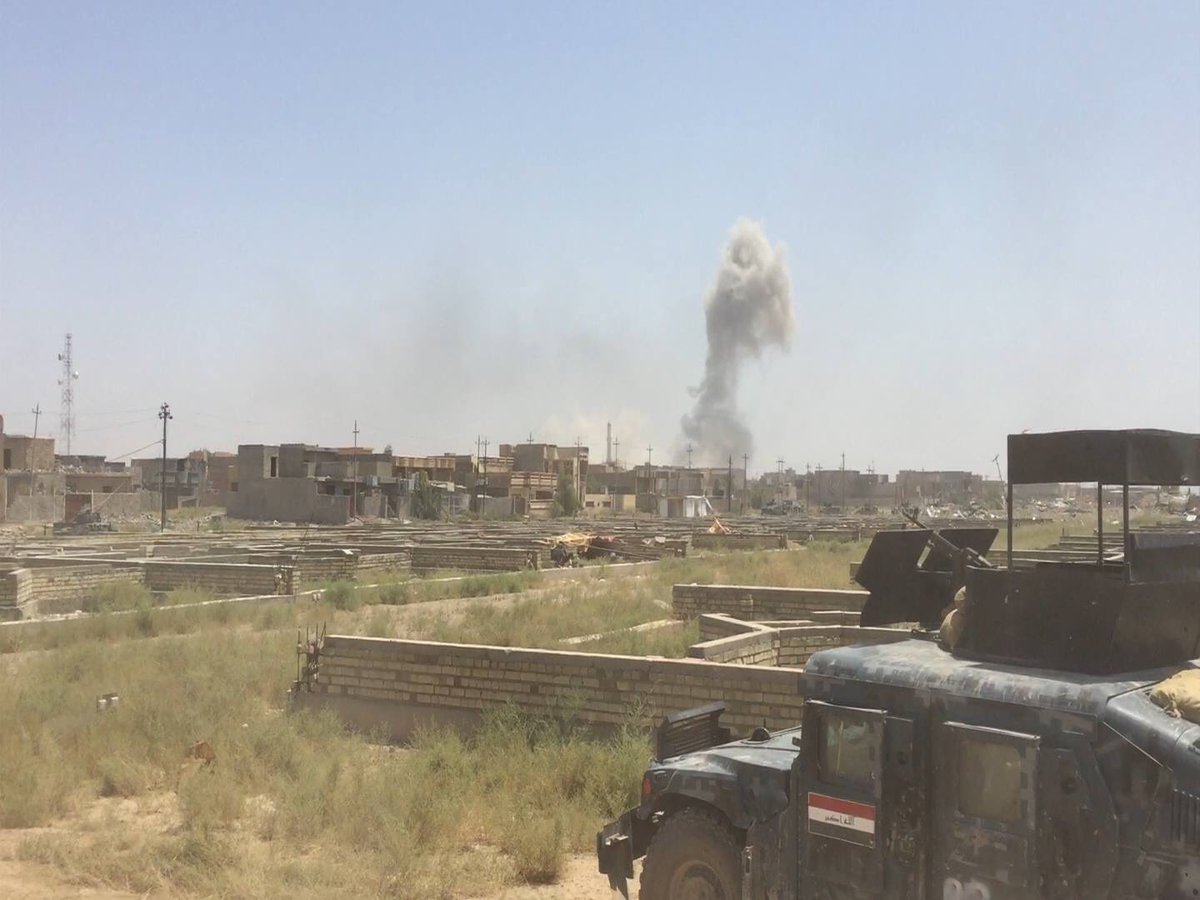 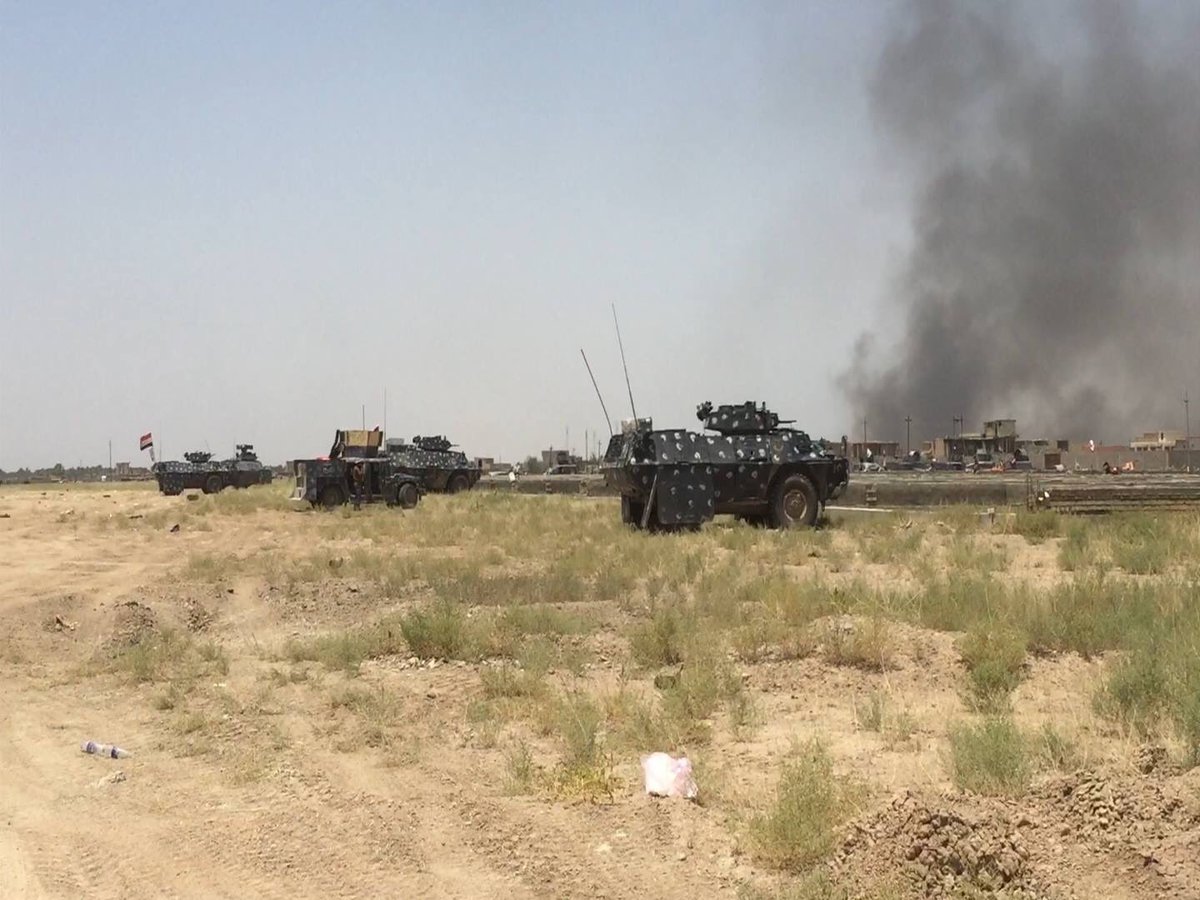 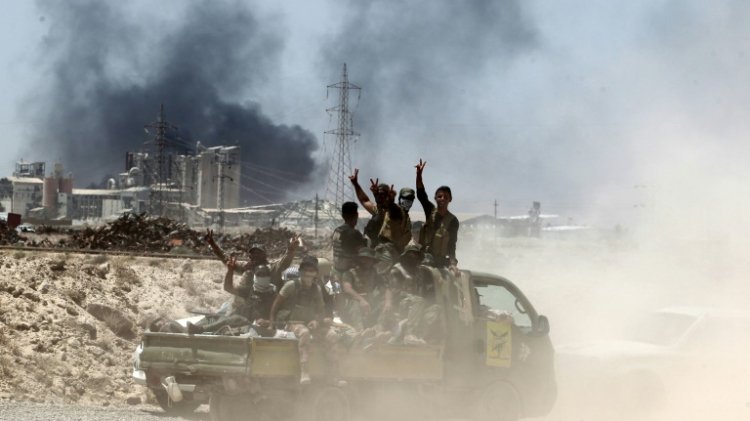