https://z5h64q92x9.net/proxy_u/ru-en.en/colonelcassad.livejournal.com/2712536.html
In Kabul, a suicide bomber blew himself up near the U.S. Embassy and the NATO mission in Afghanistan. According to preliminary data from 10 to 30 people were killed and more than 320 were injured. Responsibility for the attack was taken by the Taliban.

Statement of the American Embassy in Kabul. The explosion occurred one kilometer South of the Embassy. 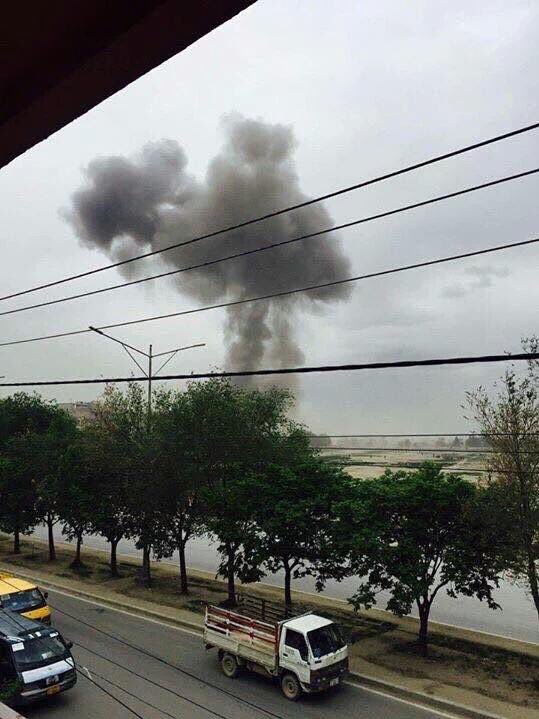 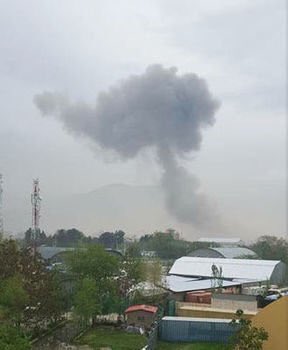 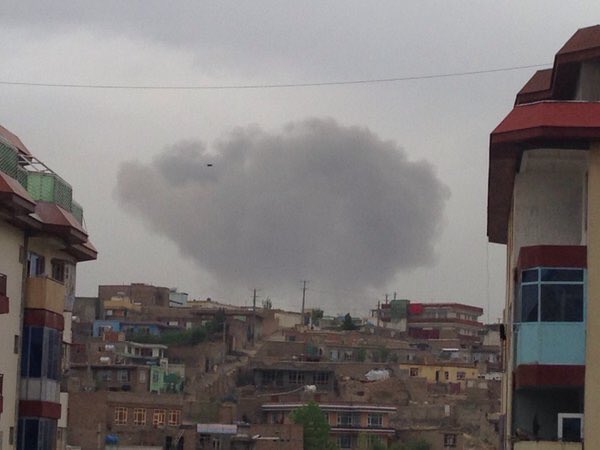 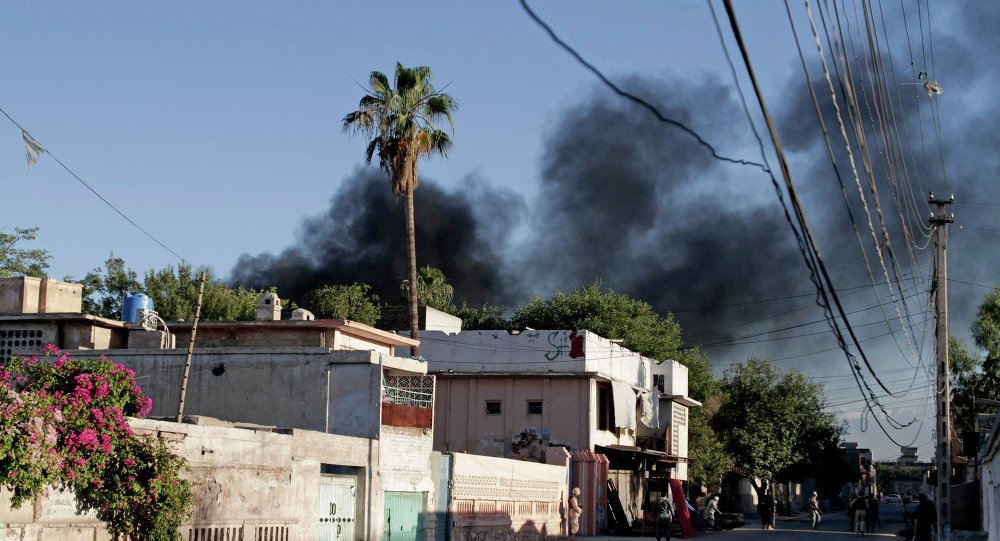 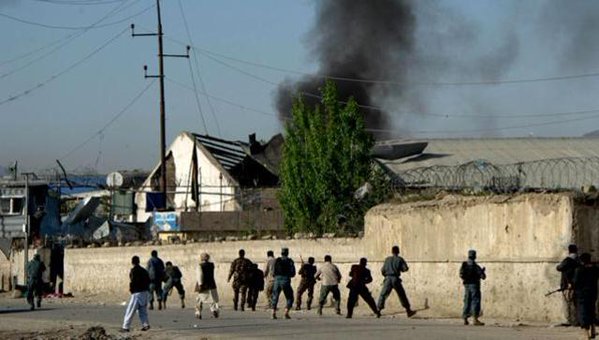 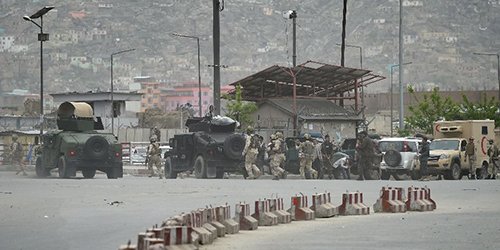 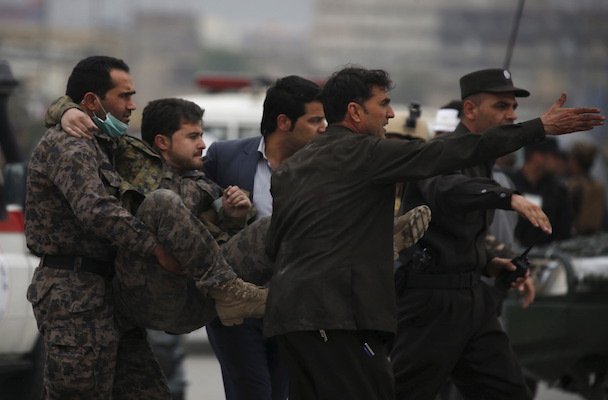 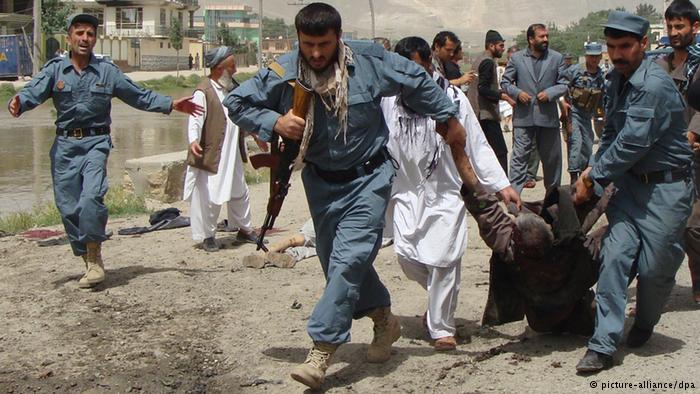 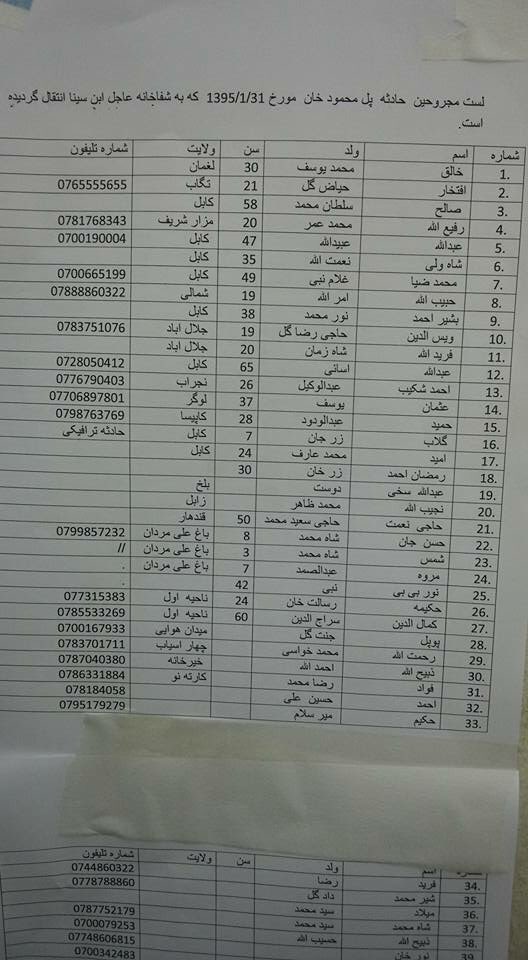 The list of victims arriving in hospitals of Kabul. 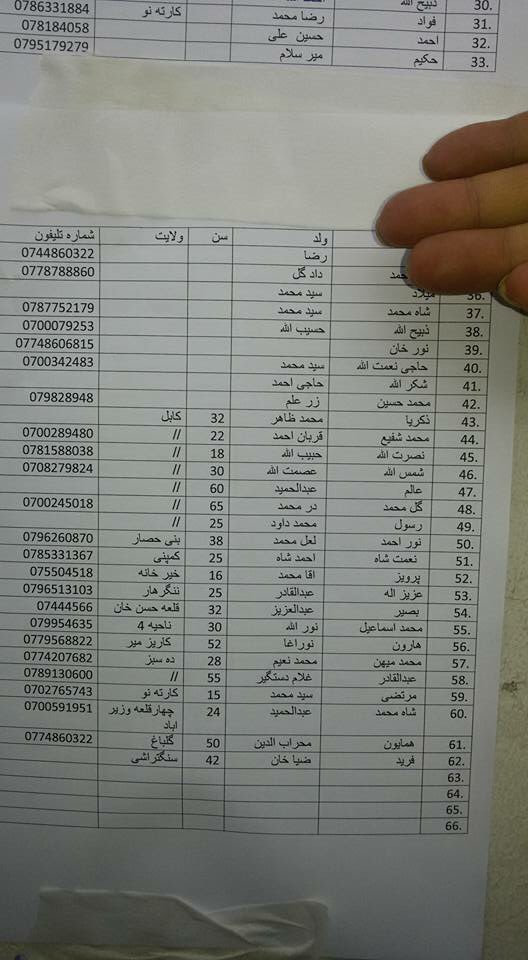 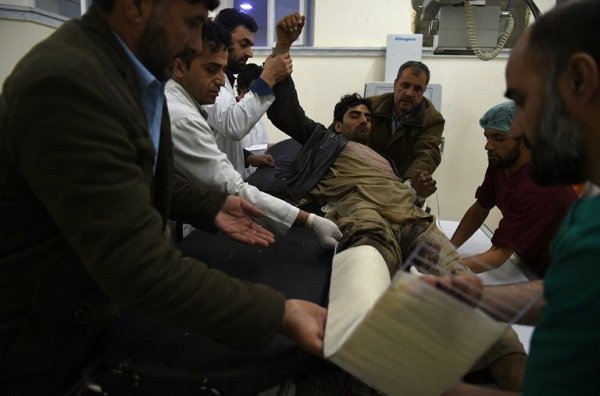 The attack comes amid a large-scale offensive of the Taliban on the position of the government army in various parts of the country and the regions controlled by alifatica from Vilayat Khorasanhttp://colonelcassad.livejournal.com/2508731.html 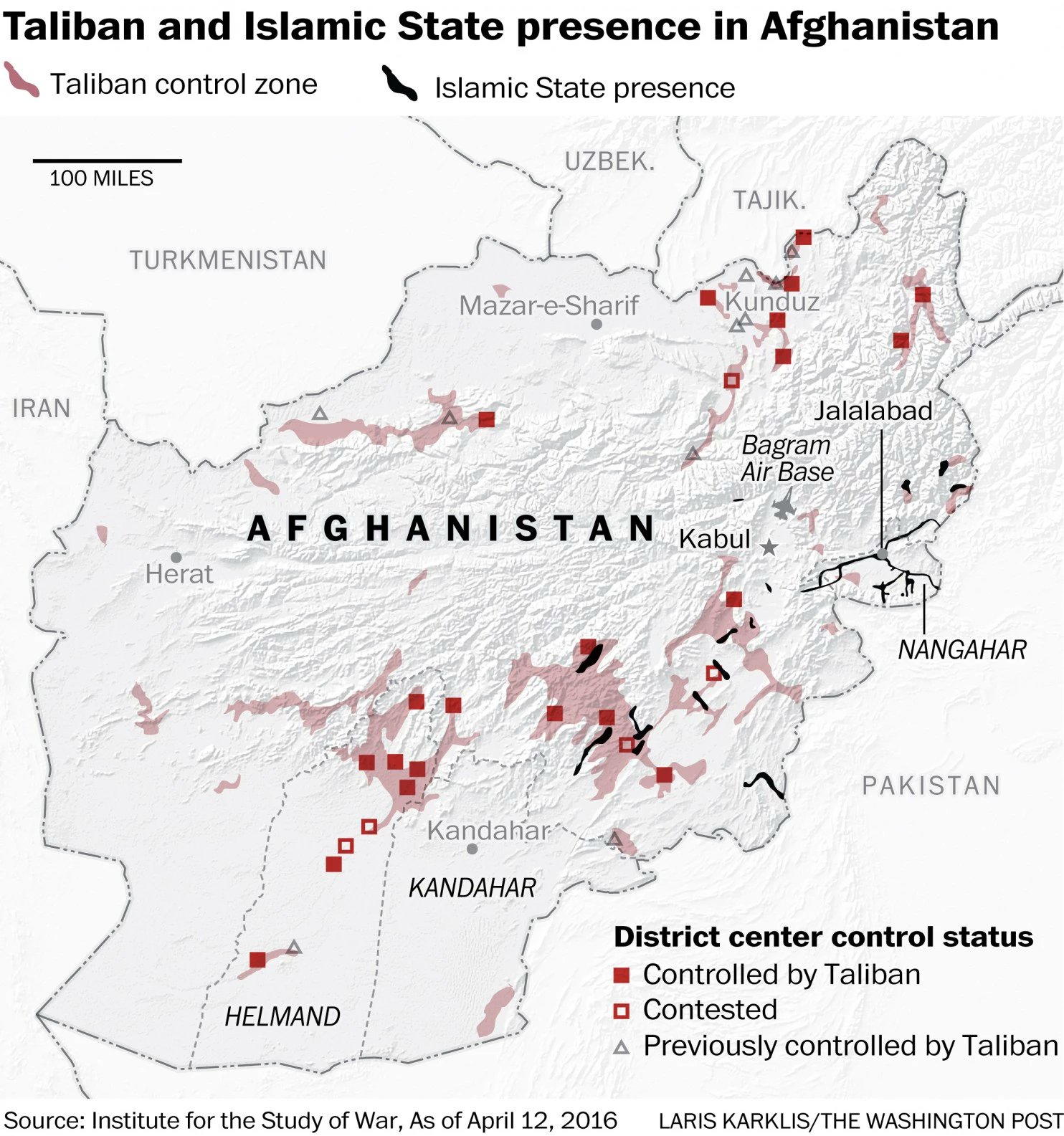 the Americans felt that their puppet government is still very unstable, and just before the onset of the Taliban tried to persuade https://www.vedomosti.ru/politics/news/2016/04/09/637051-ssha-prizvali Taliban to participate in the creation of a coalition government of Afghanistan, de facto offering the Taliban to share power in the country with their puppets and completely legit. In fact, it was about what the U.S. has offered the Taliban official recognition if they stop the war and agree to limit their ambitions.The Taliban proudly refused, because as before the Taliban total control over a country without the Americans and their subservient, so a few days after this proposal, the Taliban began their spring offensive with the aim of expanding control zones in the Central and Northern parts of the country.

Zone of control in Afghanistan (http://post.understandingwar.org/sites/default/files/12%20APR%20AFG%20MAP%20FINAL%20PDF%20smaller%20FINAL.pdf – enlarge) in fact, by 2016 Central government in Kabul controls only about 70% of the country. Americans withering support for the war against the Taliban since the beginning of the year the US struck in Afghanistan, about 70-75 plus a few airstrikes has increased its military contingent, which is complemented by a solidity number of different PMCs working under contract with the government of Afghanistan and the Pentagon.

Again on the agenda of the left Kunduz, which last year the Taliban were already captured and which with great difficulty was repulsed by the Afghan army, with US support, after many days of fighting. 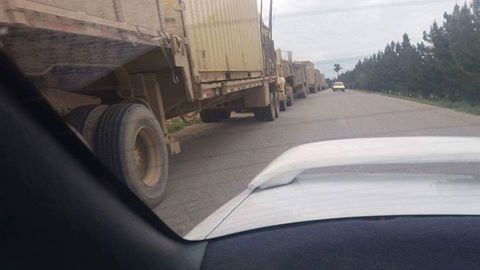 A convoy of 40 tanks and armored fighting vehicles, and numerous Humvees and trucks with infantry advances on Kunduz, to help the local garrison to repel the attacks of the Taliban.
In recent days, the Taliban lost in Kunduz up to 60 people killed and 7 carts, the loss of the army and security forces totaled about 40 people dead.
Today, under the Kunduz Afghan “Rangers” were ambushed by Taliban, who shot one Humvee and killed all who it was. 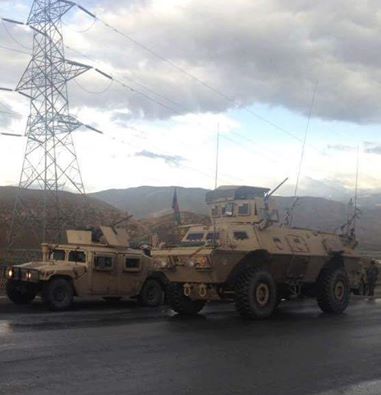 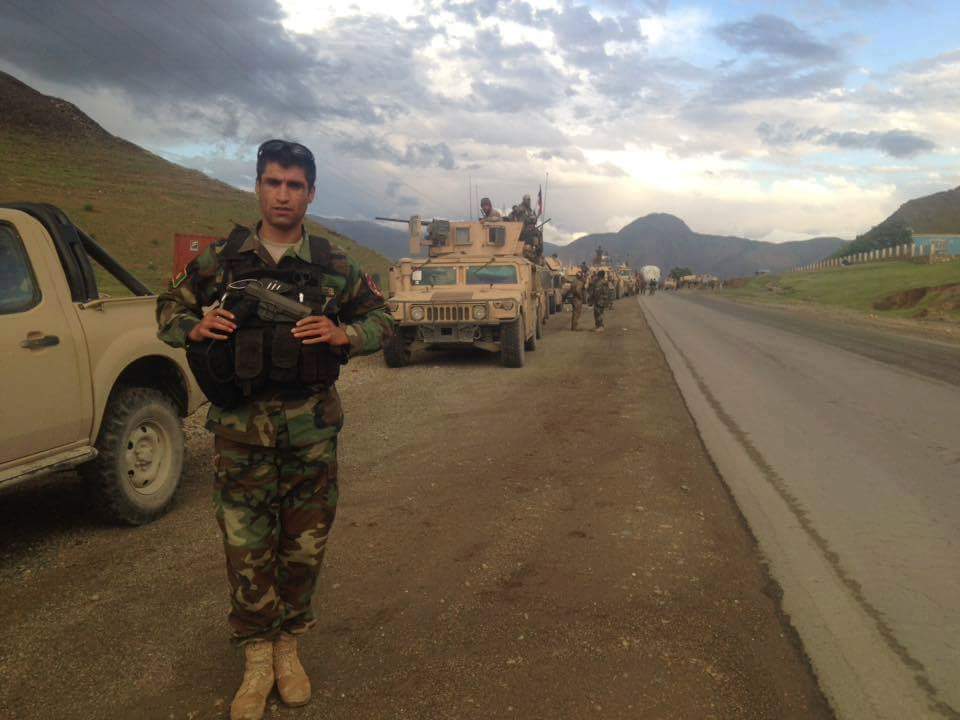 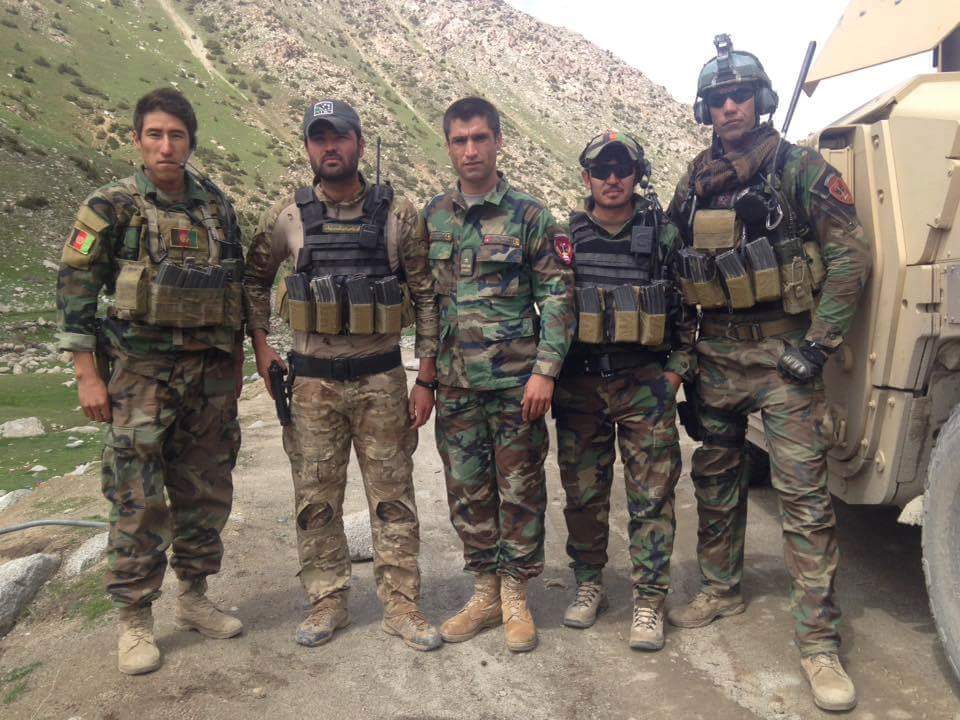 There they wait for these guys.

For us this can be a problem due to the fact that the Taliban, among other things, waging an offensive in the border areas of Tajikistan and establishes control over the settlements near the border.

When establishing full control over the border areas by Talbina (especially in the case of re-capture of Kunduz), one can expect the intensification of tensions on the border of Tajikistan, as well as the potential activity of Islamists in Tajikistan. However, last year it was noted that the Russian Federation is aware of this threat and reinforce the Russian contingent in this country, economically as well as fuel local regime of Rahmon.

In the Eastern parts of the country, primarily in the province of Nangarhar and does goes a tripartite war on the Syrian sample, where the Taliban, the Caliphate in the person of Vilayat Khorasan and the Afghan army are fighting each other for control over the province are constantly reporting on the losses of each other. Amid fighting in the surrounding villages, in Jalalabad constantly thundering explosions, and in the suburbs where free infiltration of armed groups kill members of government, plus the militants from the rival factions slaughter each other.

Plus on the topic of the April events in Afghanistan.

http://cigr.net/hroniki-cigr/25763-afganistan-boevye-deystviya-v-provincii-nangarhar.html – fighting in the province of Nangarhar

http://cigr.net/hroniki-cigr/25932-afganistan-terakt-v-dzhelalabade.html – the attack in Jalalabad