By early April, the situation in Yemen basic changes has not undergone. The Houthis continue to fight successfully against the regular units of the Saudi coalition, parts of collaborators supporting ousted President Hadi and mercenary units, which the Saudis purchased for the Yemeni war. Major military operations are in the North-Western parts of the country near the border with Saudi Arabia and directly in the border provinces of Saudi Arabia itself.The attempts of the Saudis to bring the border under control, and even to the onset of the MIDI failed – Saudi infantry just worse than Yemen and even modern technology does not help (see next defeats the Saudis in the video below), so the Saudis clumsily take it out on civilians filling up with bombs and missiles of the city controlled by the Houthis and military support of former President Saleh. To the South of Sana’a, the main fighting go about the city of Taiz, where troops of the interventionists in the last 2 months has already suffered heavy losses and the Hussites in General own initiative.

At this stage the troops of the interventionists in the area of Taiz are actually in polokragen and only the difficult nature of the terrain prevents the Houthis to organize a small boiler. In the case of defeat of Taiz, there is a strong likelihood that the Yemeni army troops and Houthis will be able to go on the immediate approaches to Aden. It should also be noted that reportedly husitska resources, March 29, in the region of Taiz in one of the villages as a result of shelling was killed http://www.sabanews.net/en/news423579.htm the Emir of the Caliphate. In March, the Yemeni branch of Halafta slightly decreased its activity, but came to the fore rival group linked to al-Qaeda. This is partly because the ethnic-tribal factor in this war not the last and local jihadist groups are taking this into account, while the Caliphate trying to impose on the controlled territory of a universal scheme without taking into account local characteristics, resulting in part of radicals perceives “black” as strangers.

The fighting in the last week of March.

At this stage of the war, the Houthis stopped the threat of the enemy offensive from the South-East and were now trying to push the invaders in the East of the country. The position of the Saudis and Co is complicated by the fact that they have raging hard at the rear of bitty territories, which control the Yemeni cell of the Caliphate and groups associated with al-Qaeda. In Aden, on which is based the government of collaborators Hadi, there are constant terrorist attacks, in which al-Qaeda militants have killed several dozen military and civilian.Peri-urban areas of Aden is practically not controlled by the occupants and, through them, in the city there is a constant infiltration of new subversive groups in rural areas. Supply lines occupational groups are constantly exposed to the attacks of the Yemeni guerrillas and jihadis. Not surprisingly, after unsuccessful attempts to attack from the South, the Saudis proceeded to scale up operations in the border areas, where the impact of guerrilla warfare in the rear for a supply of troops not as adversely.

In recent days, the main events unfolded in the region of MIDI in the North of the country.
Houthis report https://www.almasdarnews.com/article/houthi-forces-kill-50-saudi-soldiers-border/that repelled the attempted offensive of the loyalists and the invaders on the border with Saudi Arabia. Say that once killed 50+ supporters of the invaders, and in the last days crumble as many as 450 people. The Saudis in response claim that they lost during the last days killed only 65 people, mostly from local supporters. The Republican guard of Yemen stated that the losses of the invaders amounted to 378 dead in 2 days.It should be noted that the success of the Houthis and the Yemeni military would not have been possible without tacit support from Iran, which throws in ports controlled by the Houthis (or overload weapons on the boats in international waters) small arms, ammunition, rocket-propelled grenades and various ammunition. Main supplies are the sea, sometimes to intercept but completely block the channel, the Saudis can’t.

In addition to supplying weapons, Iran has a serious informacionnoe assistance to the Houthis (which plays an important role in the Islamic world), as well as involve military experts from the revolutionary guards. Of course, at the official level, all is denied, but de facto of Iran in Yemen is leading by the hands of the Houthis war with Saudi Arabia and this is another kind of proxy war that is so widely spreading in recent decades.

The flow of refugees from Yemen to neighbouring countries.

Title photo boy Uday Faisal 2 days before death from malnutrition ostrogo http://www.independent.co.uk/news/world/middle-east/yemen-civil-war-crisis-conflict-udai-faisal-starving-children-malnutrition-saudi-air-strikes-aid-a6958096.html.
This terrible story illustrates the terrible humanitarian disaster in Yemen, where a portion of the population became refugees, and over 80% of the population is either on the brink or below the poverty line, compounded by conscious destruction of the invaders of socio-economic infrastructure of Yemen, bringing the death toll during the fighting and bombing is complemented by victims of hunger, disease and the inability to provide timely medical assistance. Force in a deplorable situation, people continue to flee across the Straits in Somalia, Djibouti, Ethiopia and Eritrea.

In General, this terrible war is on the sidelines of public attention, obscures the wider war in Ukraine and the middle East, but however it should be noted that it is extremely violent in nature and among other things generates a large-scale humanitarian disaster affecting millions of people. Of course the main cause of this bloodshed is the attempt of Saudi Arabia to return to Yemen’s former President Hadi.But it is obvious that the power scenario from the Saudis has not passed, the war became for Riyadh real pain, devouring huge amounts of money, people and equipment without achieving the desired result. However, to leave Yemen, the Saudis can’t, otherwise it will be interpreted as a clear victory of Iran and a defeat for Saudi Arabia, so the Saudis continue to persist only increasing the suffering of the population of Yemen. 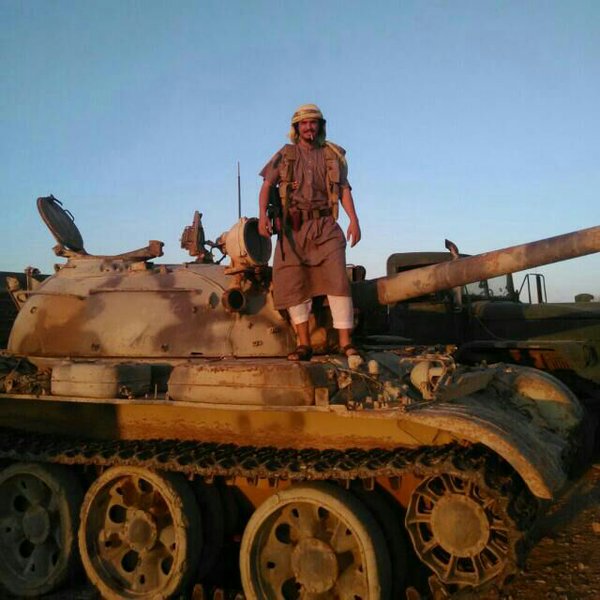 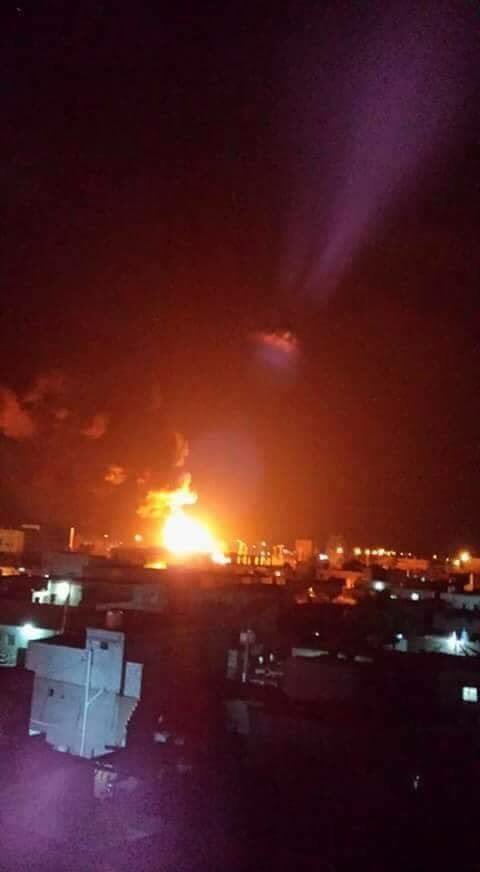 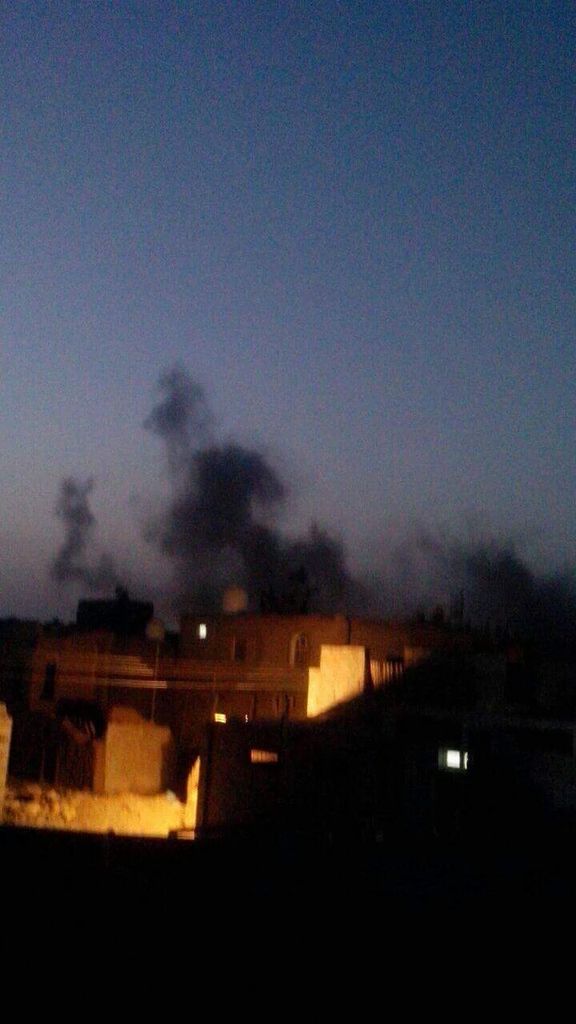 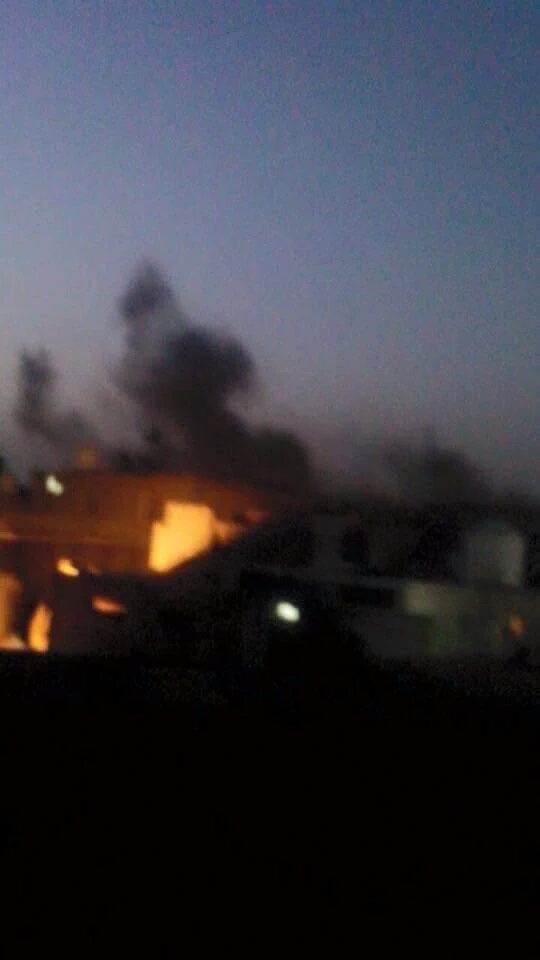 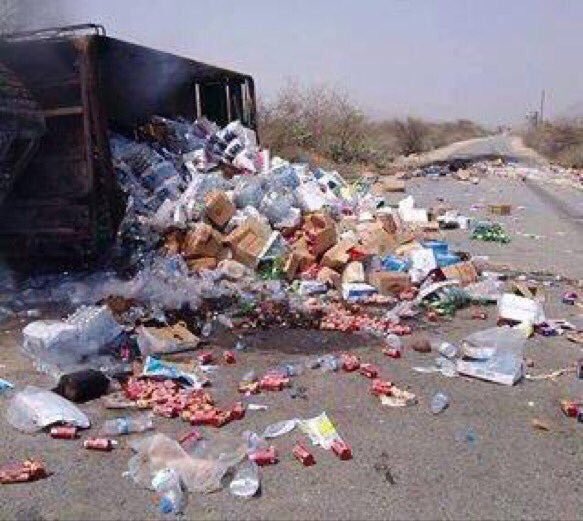 The airstrike destroyed the machine with food. 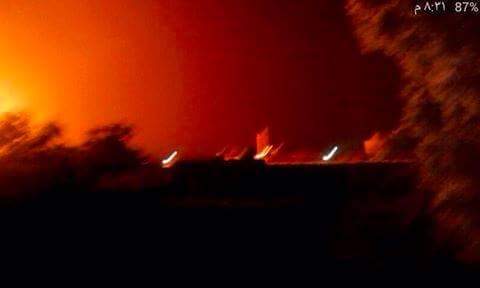 The bombing in the Aden area. 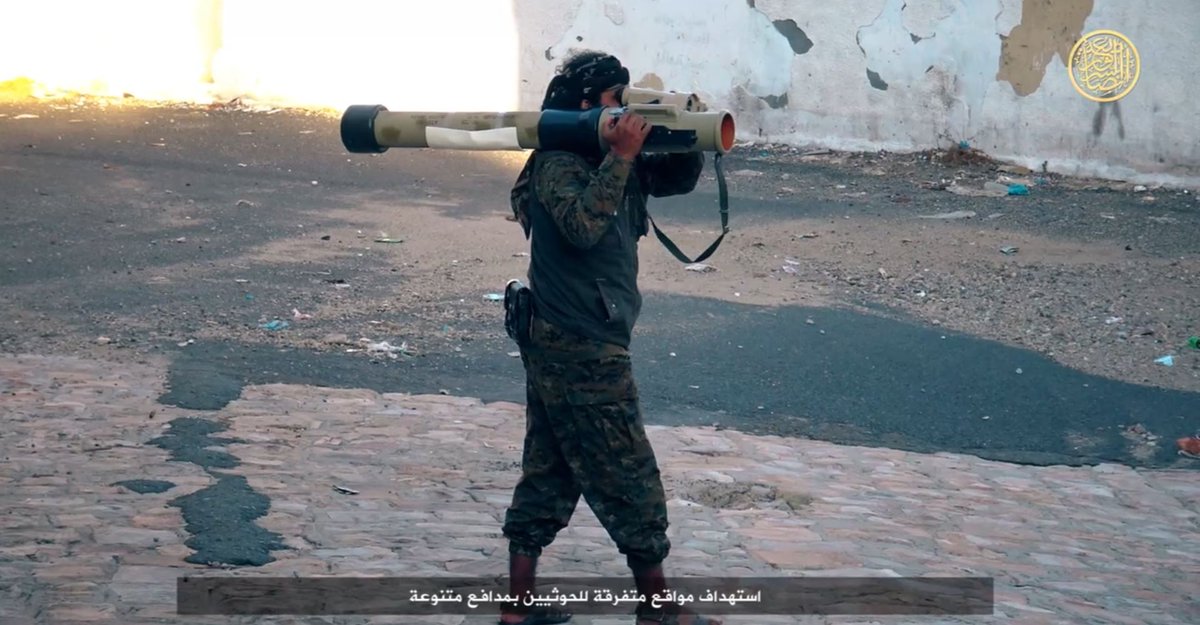 The al Qaeda operative with an RPG-32 http://cassad.net/blizhniy-vostok/25691-yemen-rpg-32-v-rukah-boevikov.html 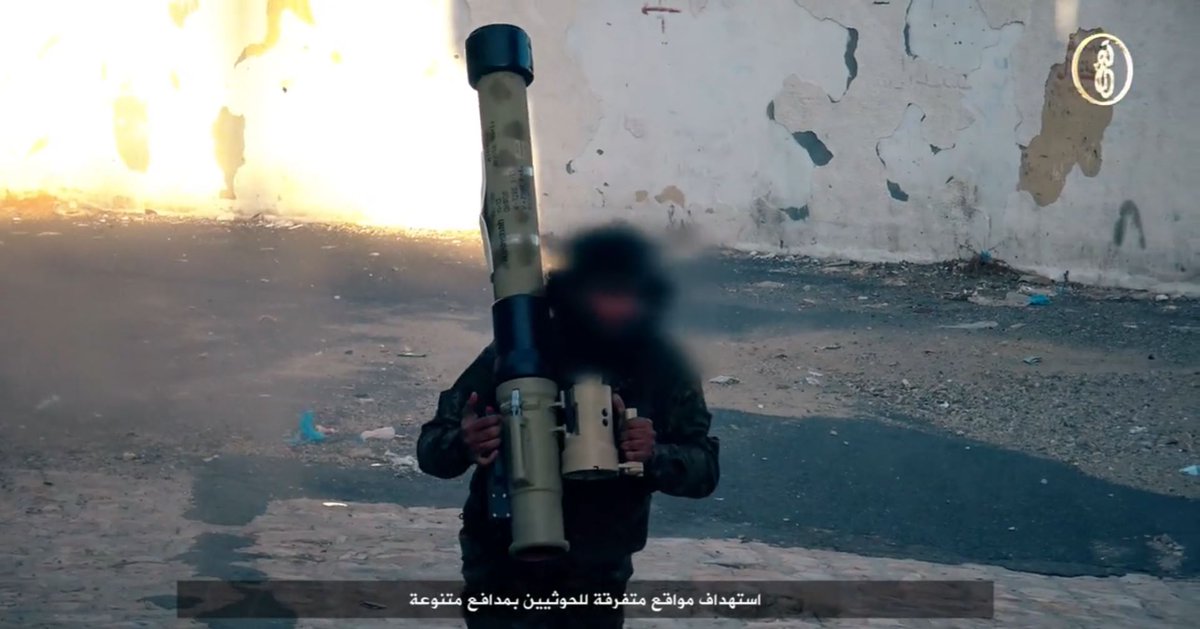 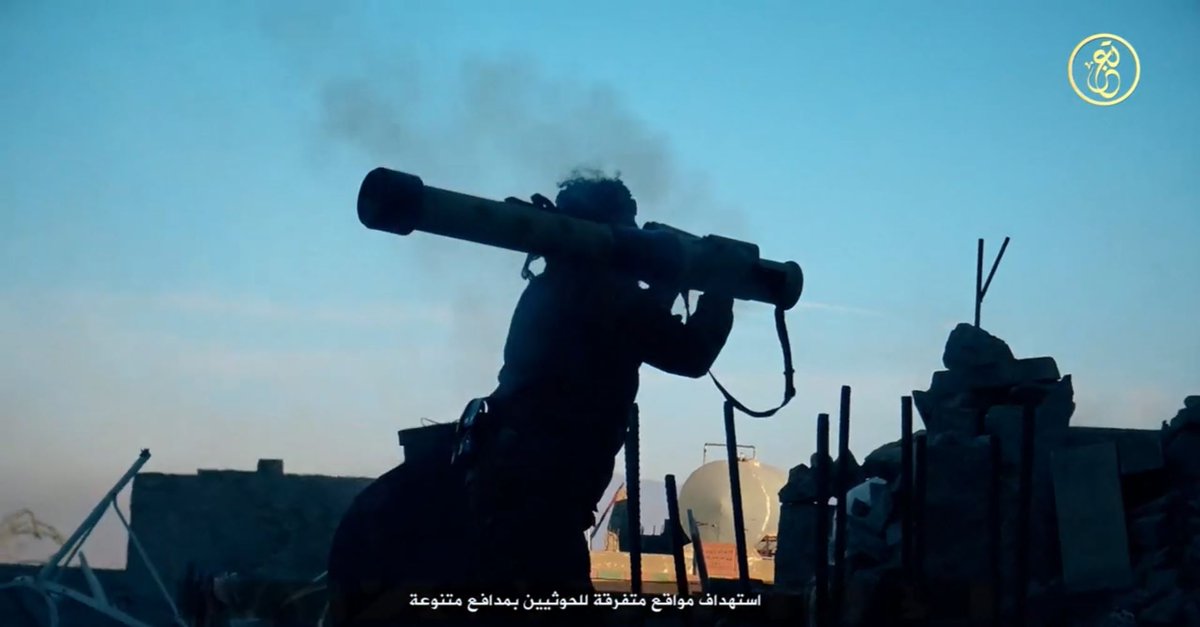 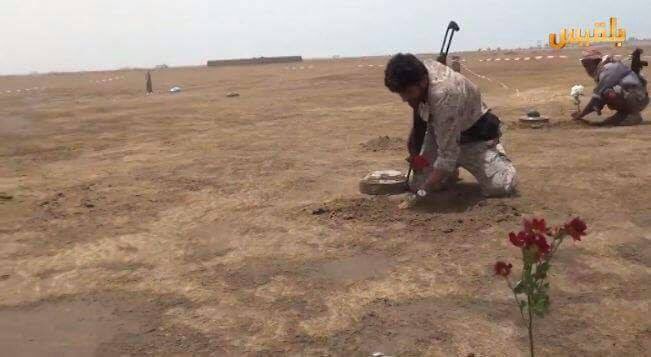 Demining in Northern Yemen. In place of mines planted roses.

Supporters of Saleh rodowisku celebrate the beginning of the Saudi bombings of Yemen. 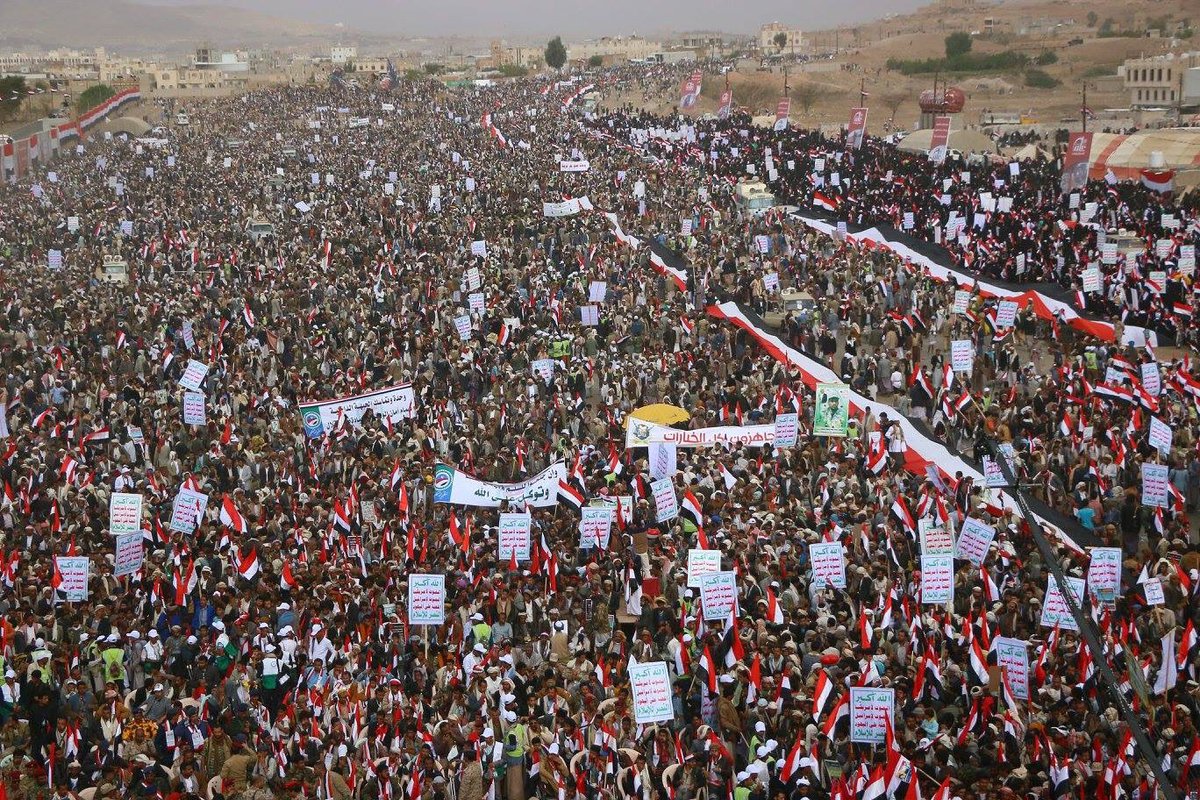 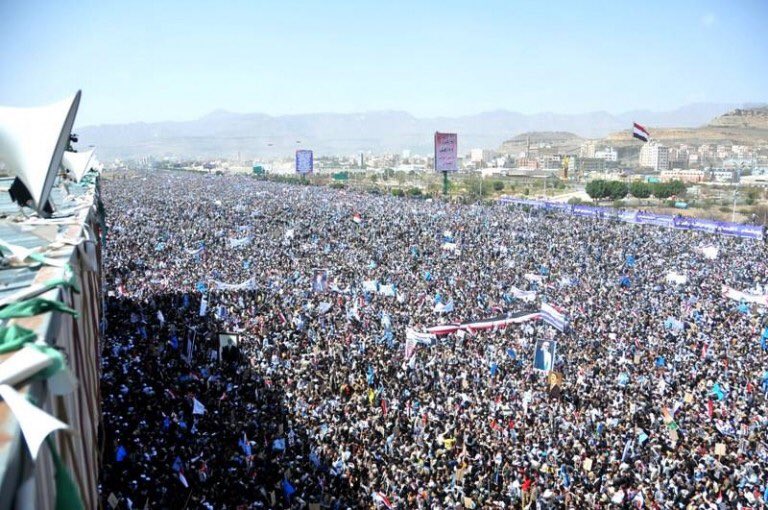 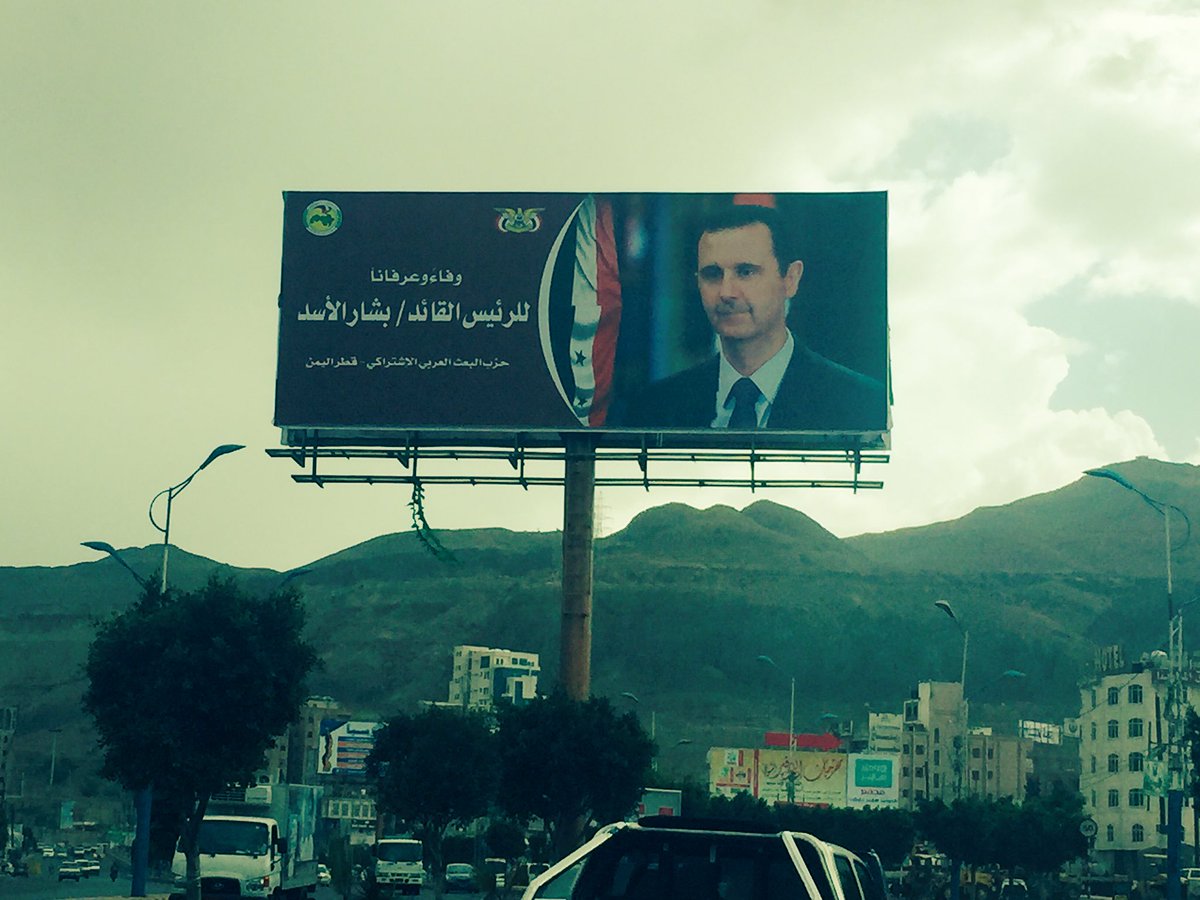 Billboard with thanks to Assad in the centre of Sana’a. So to speak, the hand of Iran. 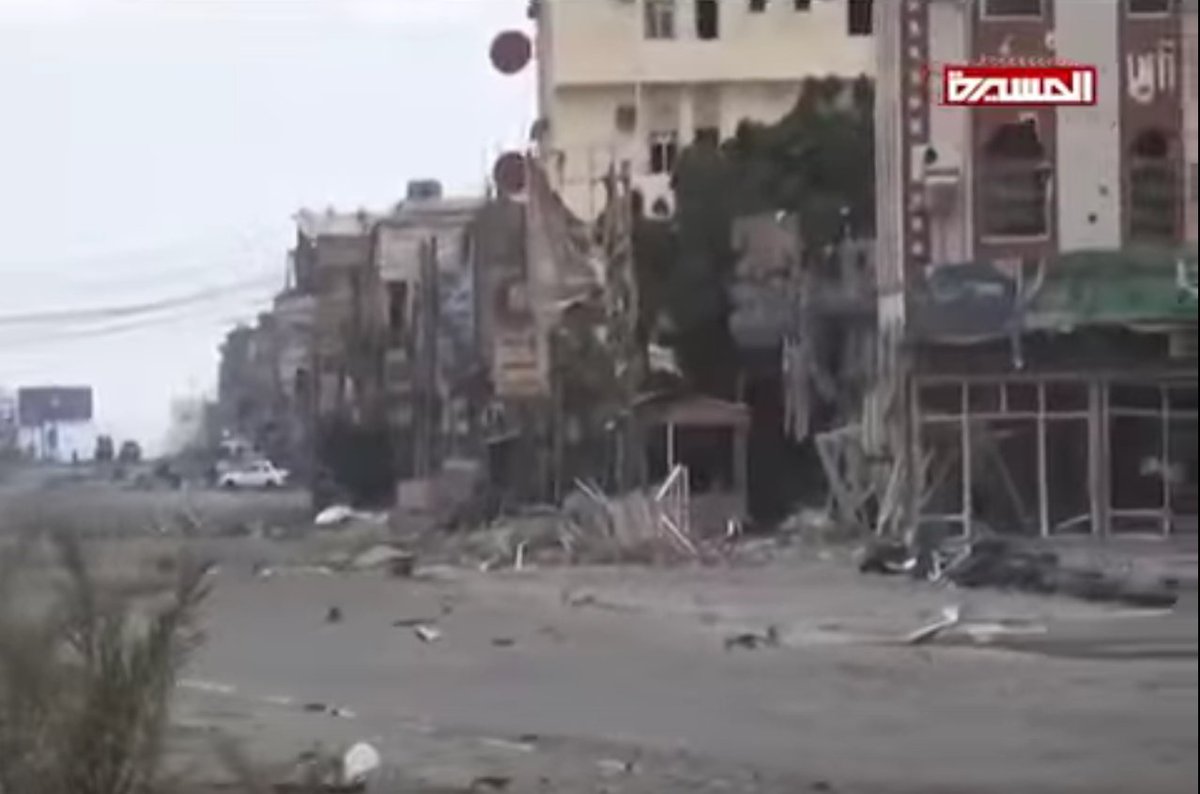 Harad after the bombing. 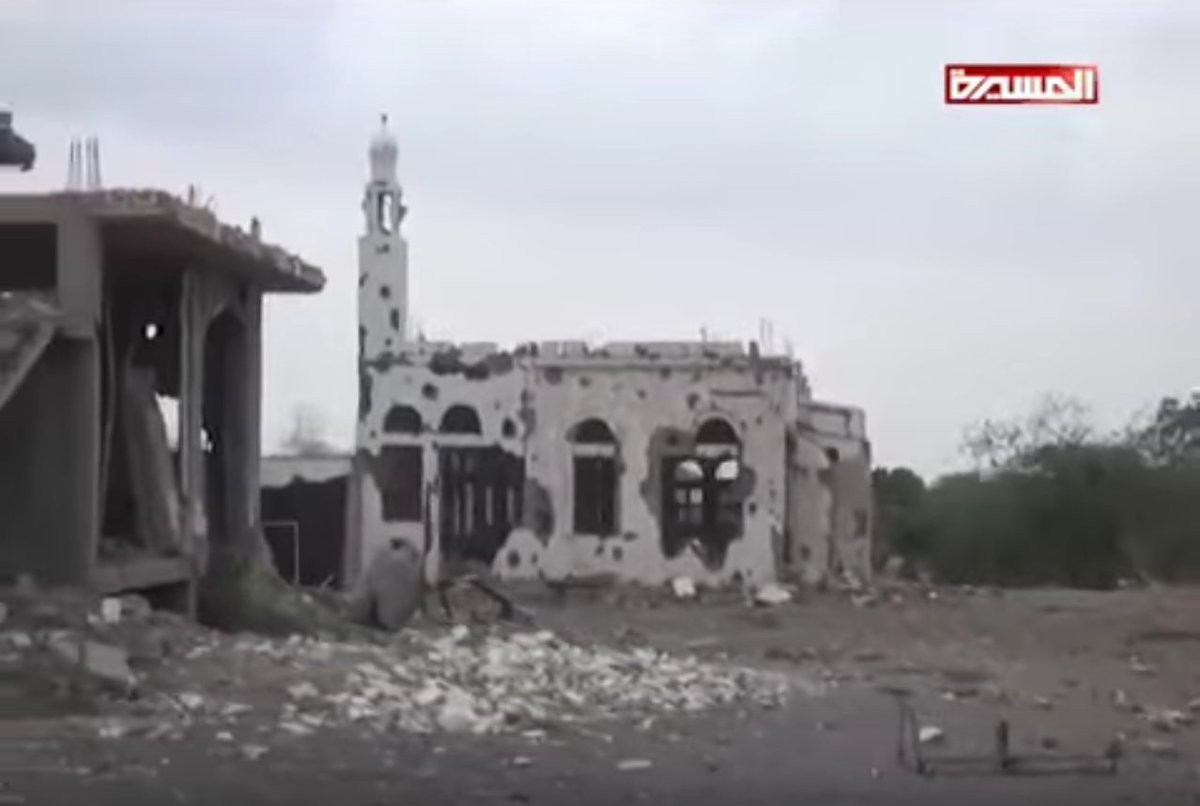 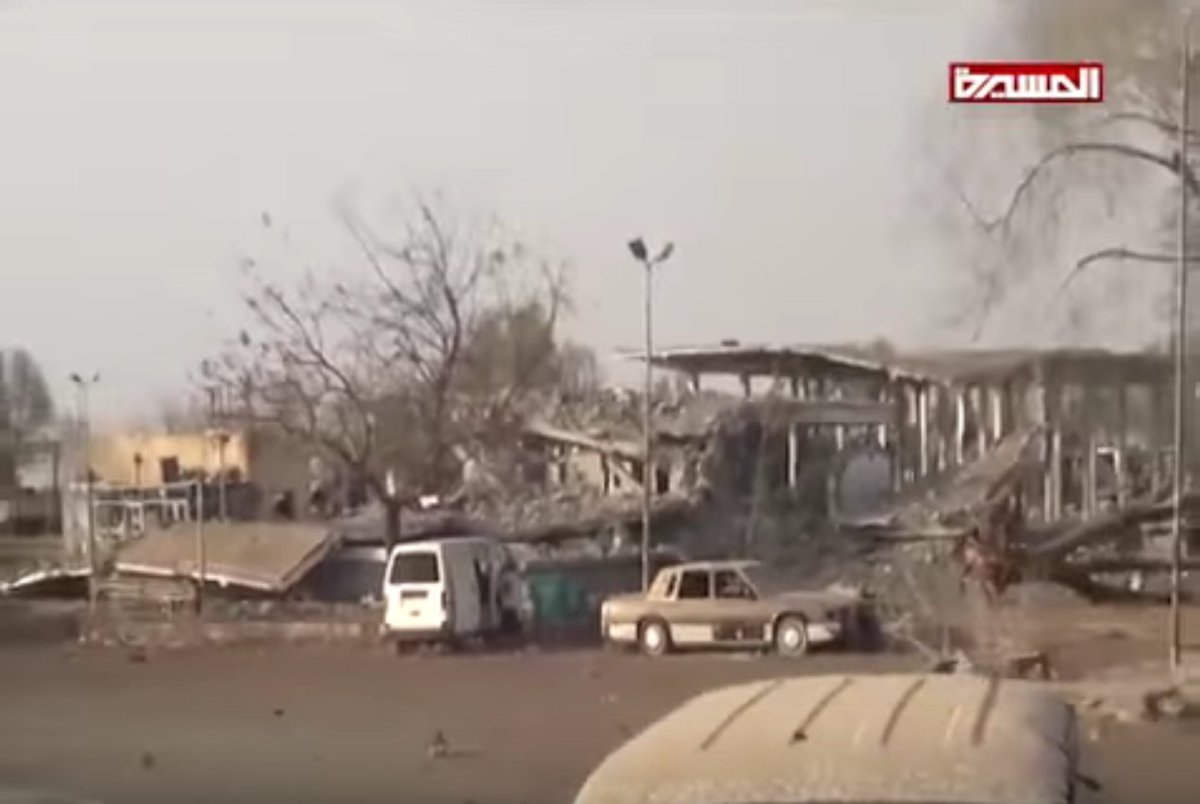 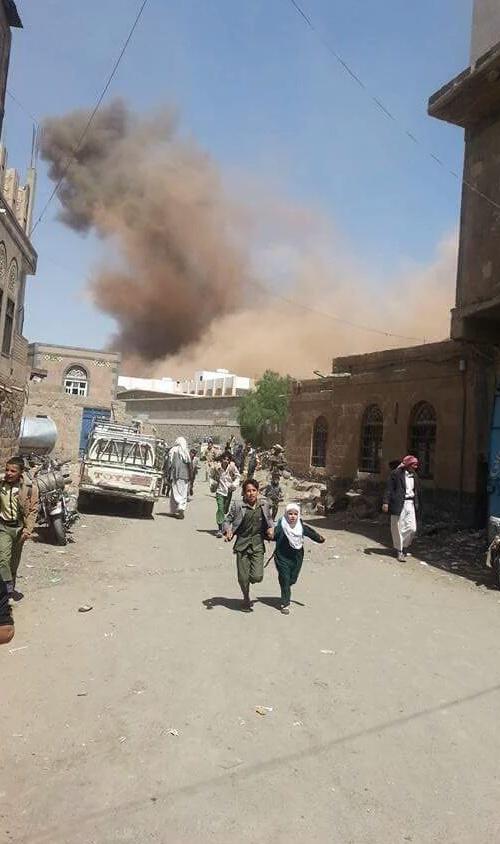 Saudi victims of the airstrike under the TA’iz.

The child on the ruins of destroyed houses. 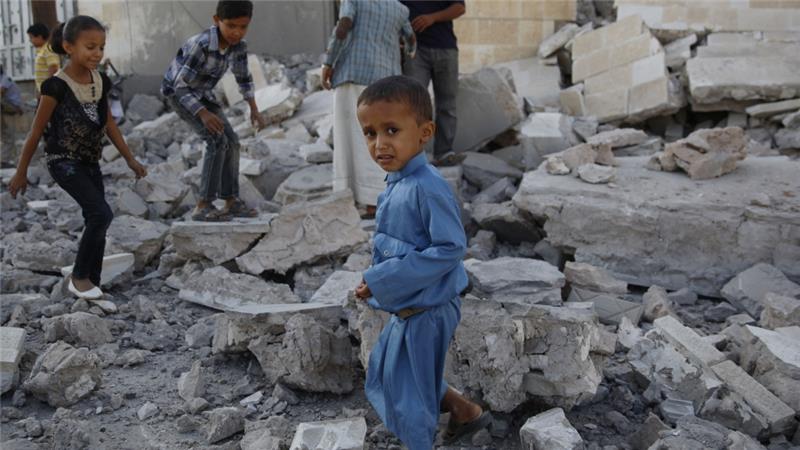 Children on the ruins.

Colonel of troops of collaborators killed in battle with the Hussites under the TA’iz. 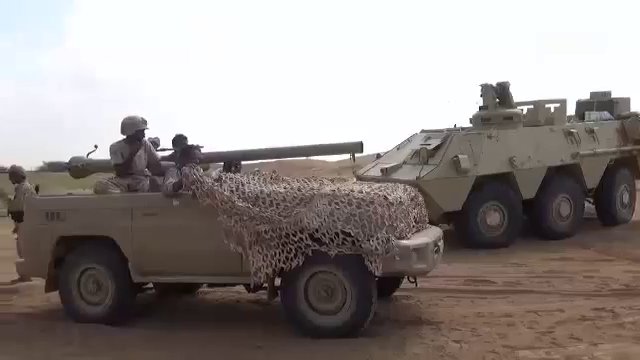 An armored personnel carrier Saudi marine corps in the area of MIDI. The beginning of March. 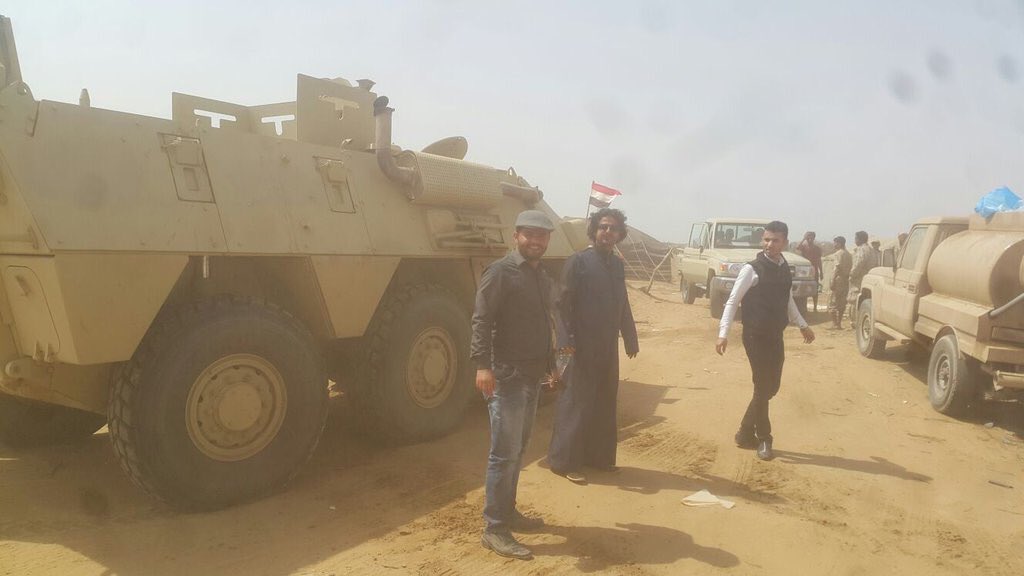 Invaders patrol in Aden. Soldiers are constantly on guard – in the city constantly explosions and murders occur. 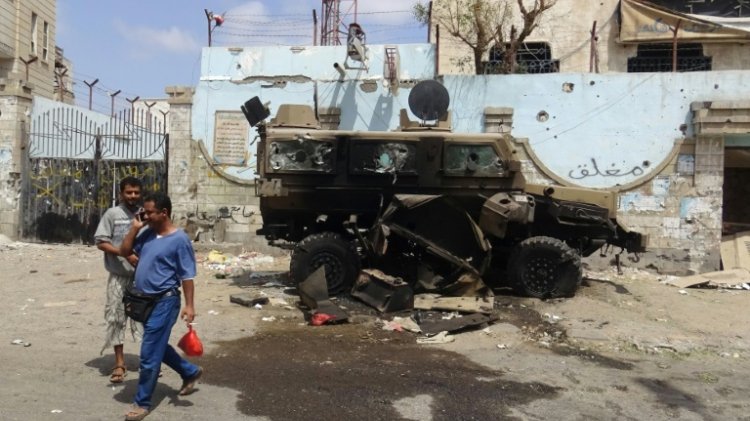 One of the consequences of the recent terrorist attacks. A suicide bomber killed 22 people. 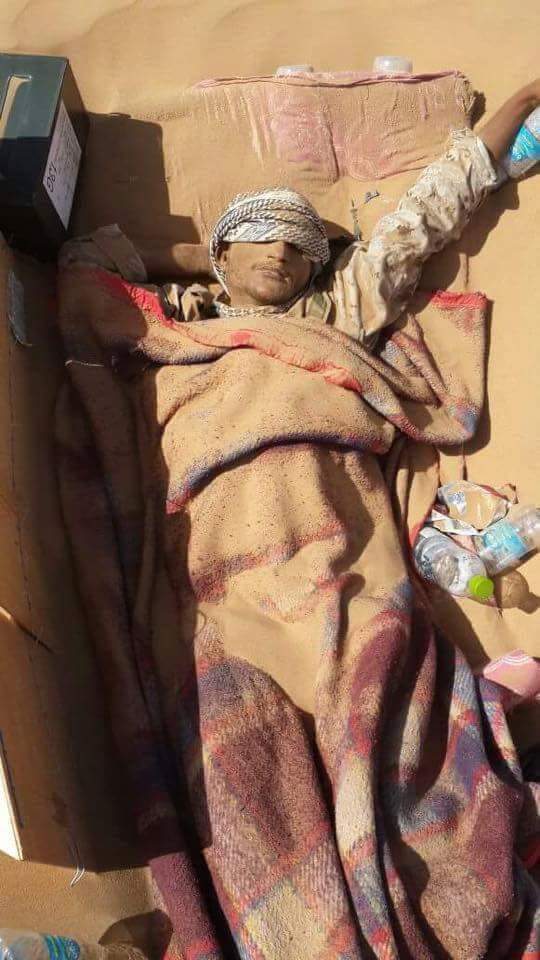 The rest of the collaborator. 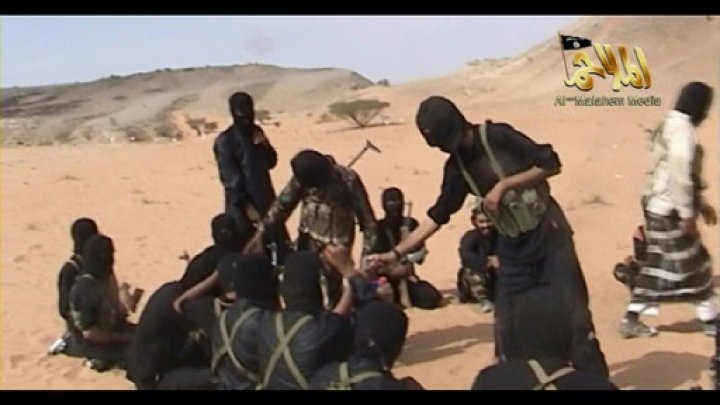 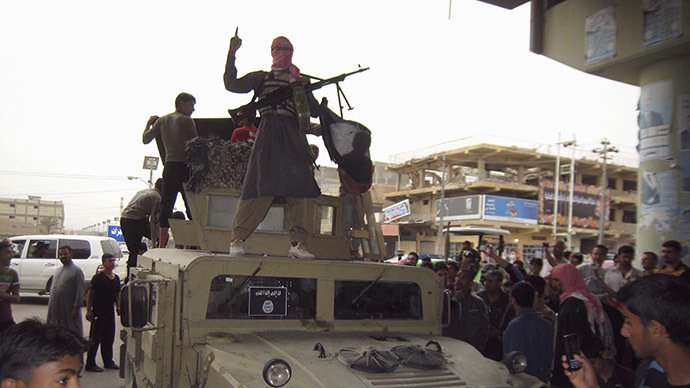 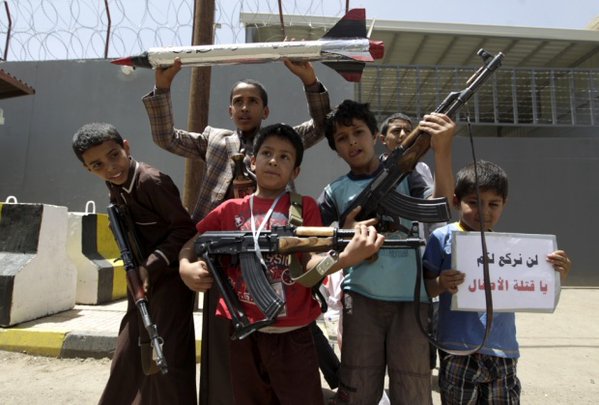 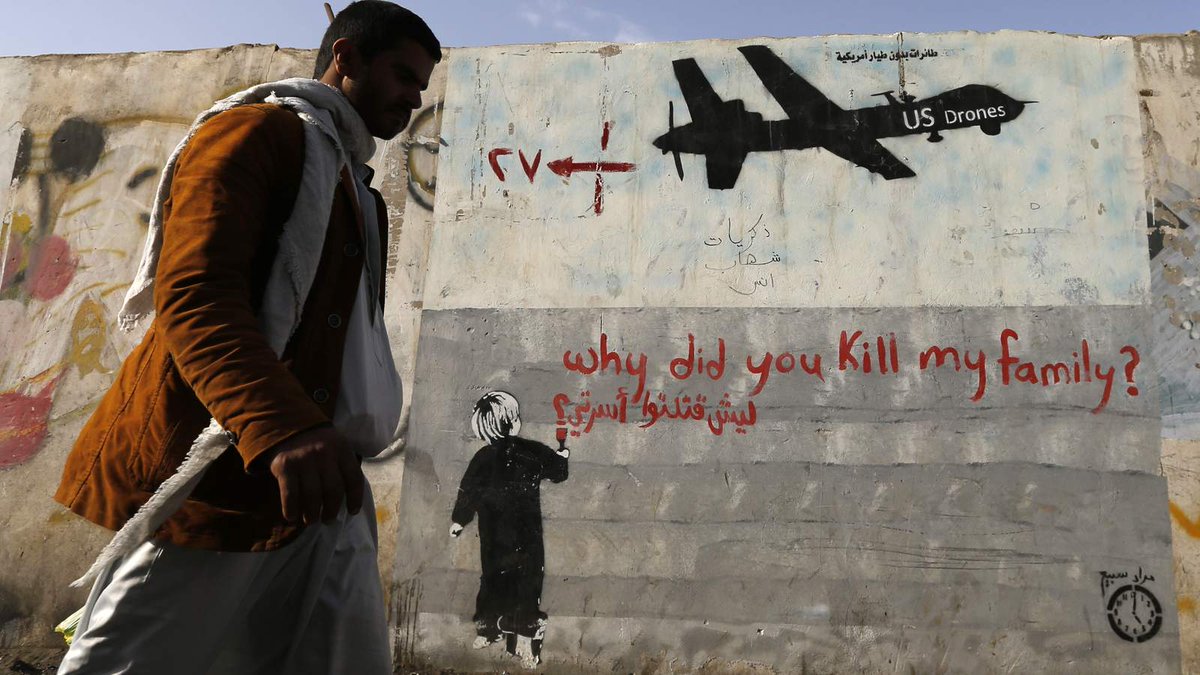 Why did you kill my family?

According to UNICEF http://cassad.net/blizhniy-vostok/25661-yemen-doklad-detskogo-fonda-oon.htmlevery day in Yemen from the beginning of the Saudi aggression dies or gets injured 6 children.

Uday Faisal with his mother…